Because I have strange habits, I spent a lot of time one night last week watching videos on YouTube of grandmothers and other home cooks making dal makhani, a rich black lentil dish from the Punjab region. Unpolished home cooking videos are one of my favorite ways to learn how to make a dish that is foreign to me, and while what I’ve made here isn’t an authentic black lentil (urad) dal, it’s worth knowing why it is isn’t. For example, it would have a small portion of kidney beans (rajma) it in too, you’d definitely have soaked your lentils and beans together the night before and in almost every case, cooked them in a pressure cooker on another burner while making the spiced base sauce, and then together for a little or long while. The more authentic versions I looked at have a lot more butter and cream in them, and only sometimes began with an onion. In every case, the cook had a “ginger-garlic paste” that seemed to have come prepared, something I was previously unfamiliar with but find brilliant as they are so often better together, and of course all spices were added with eyeballed measurements. 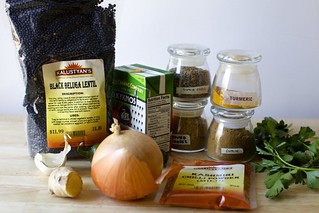 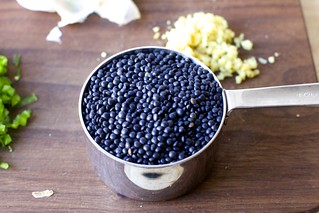 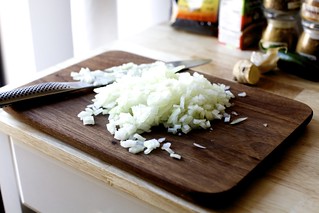 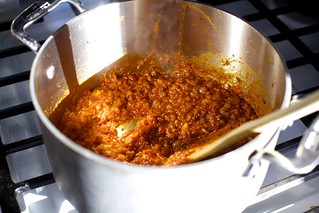 It’s also much more loose. A traditional dal is like a gravy or a loose soup, but here I go for something thicker, almost like a chili. You can loosen it a bit with more water and serve it like a soup, or ladled over rice; you can also add a spoonful of rice to the middle, as we did with this soup to give it a bit more heft. We ate it in small bowls with some toasted naan and these potatoes and cauliflower on the side, a forever favorite. 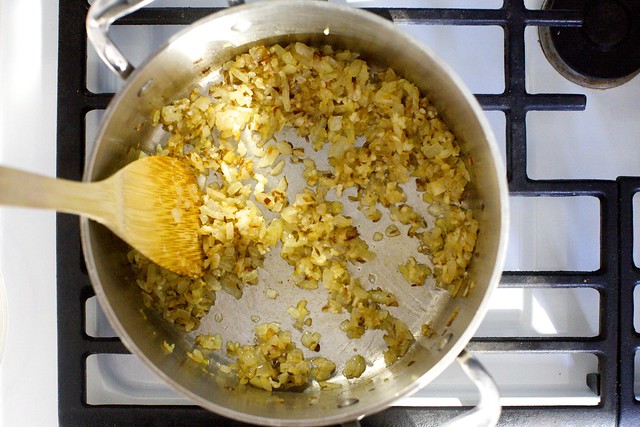 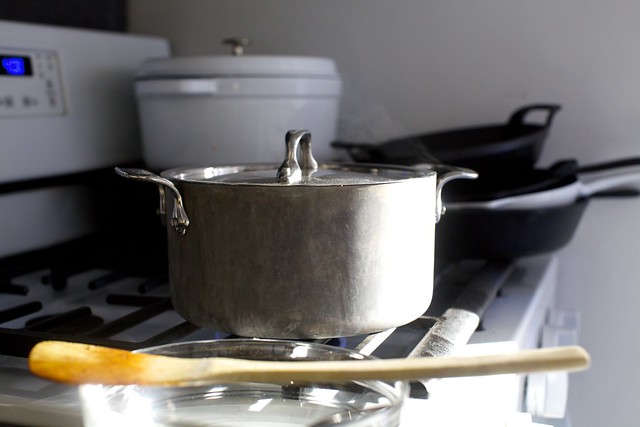 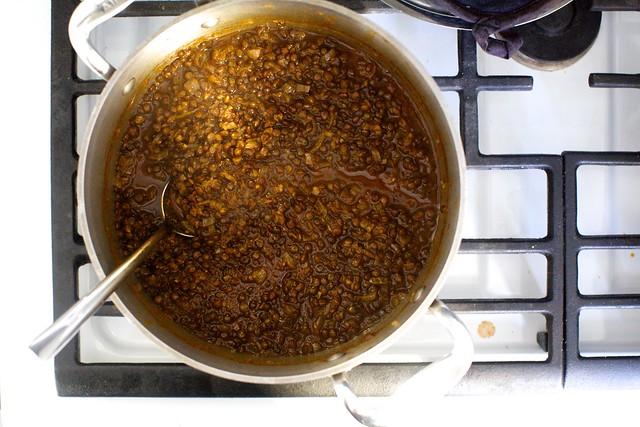 But you can’t write about a dish known as buttery lentils without talking about all the of cream and butter typical in it, and for this, can we talk for a minute about monter au beurre? Literally, lifted or raised with butter, it’s one of these French cooking techniques that sounds complicated but isn’t at all — it’s just finishing a sauce or dish with additional butter for maximum flavor impact. This idea of putting rich ingredients where you can best taste them has useful home cooking applications, especially here. I find that by finishing this with a smidgen of butter (salted, please) and a spoonful of cream, rather than cooking much larger amounts into the dish, it tastes like you’re eating the most decadent thing on earth without the arterial implications that go with it. It also means you get to have it more often, which was, after all, the goal. 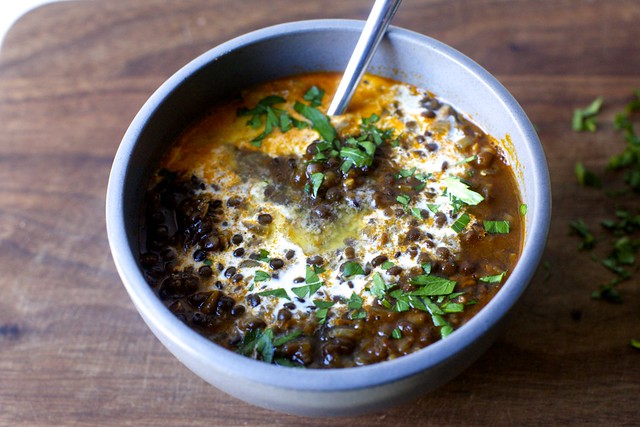 And for the other side of the world:
Six Months Ago: Plum Squares with Marzipan Crumble
1.5 Years Ago: Corn Chowder Salad
2.5 Years Ago: Chocolate and Toasted Hazelnut Milk
3.5 Years Ago: Butterscotch Pudding Popsicles and Pink Lemonade Popsicles
4.5 Years Ago: Baked Orzo with Eggplant and Mozzarella

Black lentils, if you haven’t bought them before, are wonderful: tiny, pretty and they stay perfectly intact when you cook them, meaning they also scatter well over salads. Also called beluga lentils, I like to think of them as luxurious as caviar without the price.
Make the dal: Heat oil (or oil and butter) over medium. Once hot, add onion and cumin seeds and cook, stirring occasionally, until onion browned in spots. Add garlic and ginger, cook for 1 minute more, then the rest of spices, cook, tomato, cook for 3 minutes more, scraping up any stuck bits. Add water and salt, then lentils. Bring to simmer, then reduce to low and cover and cook until lentils are tender, between 35 and 45 minutes, stirring occasionally. For a looser dal, you can add more water. Adjust spices and seasonings to taste.

To finish as shown: Ladle into four bowls. Place a 1-teaspoon pat of butter in the center of each, letting it begin to melt before swirling in 1 1/2 teaspoons cream and finishing with cilantro.