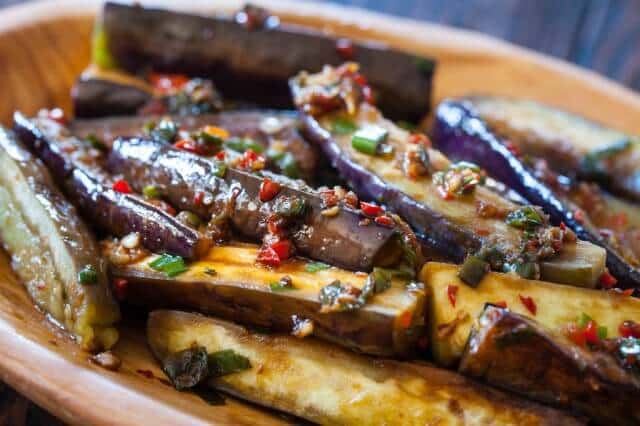 I’m not very creative when it comes to cooking eggplant, usually I poke a few holes with a fork and roast until soft. The poking is important – it prevents the eggplant from exploding in the oven. Go ahead, ask me how I know!

We grow both Chinese and Japanese eggplant in the garden, both of which are less-bitter than the standard fat Globe variety. I’ve heard cooks needing to “salt” the eggplant and let it sit to release its bitter compounds. Not needed for the Asian variety!

But either variety is perfect for this Chinese Eggplant recipe. 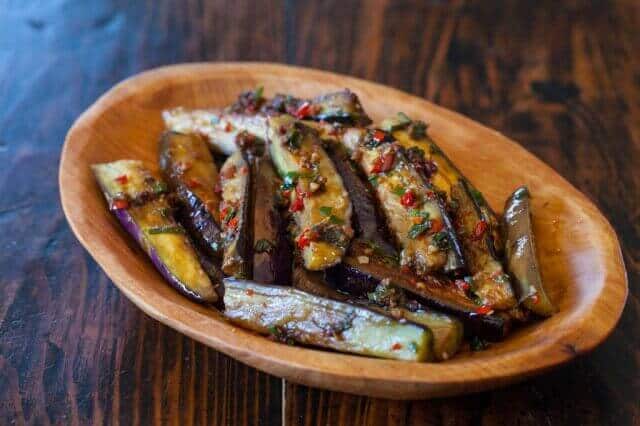 The skin of Japanese and Chinese eggplant is much thinner as well.

While this is a Chinese Eggplant recipe, I used Japanese eggplant variety (my Chinese plant was towards the end of its life cycle and was only poppin’ out eggplant runts).

Other than just simple roasting, this is really the only other way I cook eggplant often – it’s a wonderful flavor party – chiles, garlic, soy sauce and a touch of black vinegar to balance the flavors out.

The translated Chinese name for this dish is “Fish-Fragrant Eggplant” which is so unfortunate. I’m sure it’s deterred many cooks from even trying the recipe. The reason it’s called this is because the dish originates from Sichuan province of China.

Sichuanese cooking has so many different descriptors for its 56 distinct cooking methods and 23 “official” Sichuanese flavoring combinations. The “Fish-Flavored” refers to the combination: salty+sweet+sour+spicy+garlic+ginger+green onion. Don’t worry – the sauce doesn’t taste fishy, nor the does the recipe contain any fish at all.  It’s a sauce that goes GREAT with many Sichuan fish dishes – thus the funny translated name.

Low Carb: Chinese Eggplant Recipe with Spicy Garlic Sauce
If you’re on a paleo diet, substitute the soy sauce with Liquid Aminos or Coconut Aminos. There’s only 1/2 teaspoon of sugar in the recipe, and you can omit that, or substitute with sweetener of your choice. I prefer a little bit of sweetener, to counter the acidity of the black vinegar. 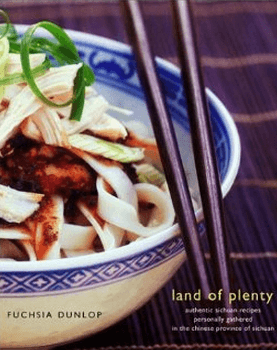 If you like Sichuanese cooking, pick up “Land of Plenty: Authentic Sichuan Recipes Personally Gathered in the Chinese Province of Sichuan” cookbook by Fuchsia Dunlop. Fuchsia is a celebrated cookbook author specializing in Chinese cookery. She’s lived in Sichuan and was the first foreigner to study full-time at the province’s famous cooking school.

I’ve been cooking this Chinese Eggplant recipe since my college days – my recipe doesn’t include Sichuanese Chili Bean Paste like Fuchsia’s recipe – it’s not a common ingredient in standard supermarkets and I have trouble finding the bean paste even today outside of Asian supermarkets. 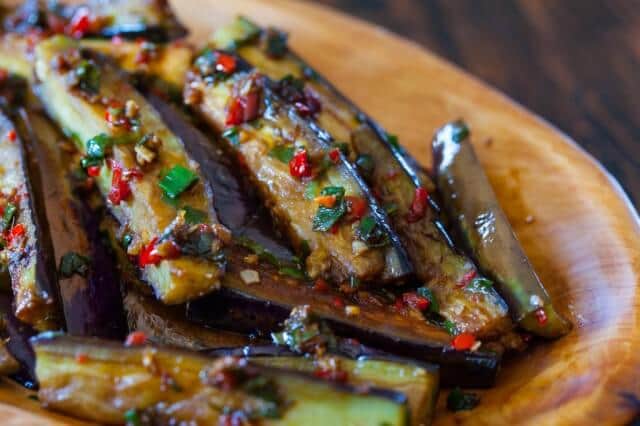 Here are a couple other tips for Chinese Eggplant recipe:

1. If you can find Chinese bean paste – add 1 tablespoon to the stir-fry and cut the soy sauce to just 1 teaspoon.

2. The original Chinese Eggplant recipe  uses Chinese Black Vinegar – which is very similar to young balsamic vinegar. You can use either. The balsamic vinegar should be tart, not sweet – so don’t use the expensive super-aged super-thick sweet stuff (save that for your strawberries). 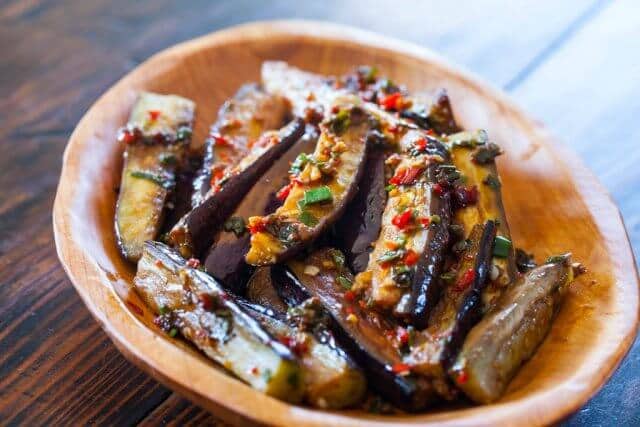 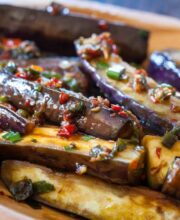 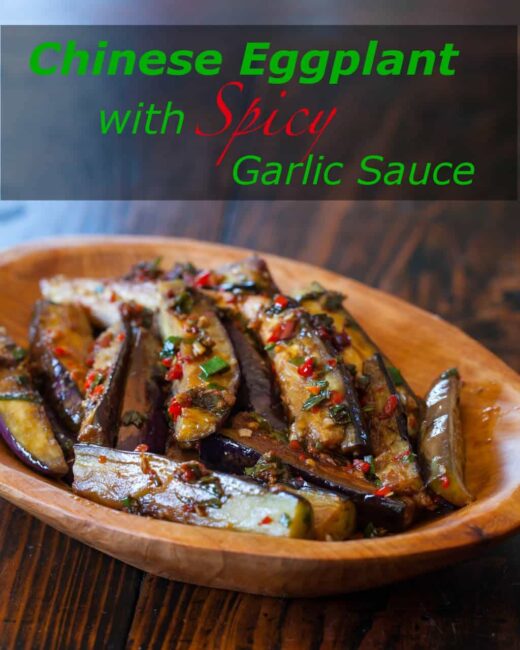