Once upon a time there was a boy and a girl, happy and in love. He liked chocolate and cheesecake and peanut butter and coffee and she, rather luckily for him, liked to bake. When they’d been married for one year, she made him a chocolate caramel cheesecake on his birthday. Year two, another cheesecake, this one with cubes of brownie throughout. Three, an epic chocolate peanut butter cake. Four, an espresso chiffon cake with fudge frosting. And then a month later a baby came along and it appears she next made him a birthday cake five years after that, and only, from what I can gather, because she was procrastinating and didn’t want to pack for their move. I’m not saying that if you like homemade birthday cake you might consider not having kids (gasp!) but I’m also not saying it either, you know? 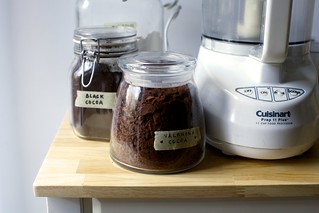 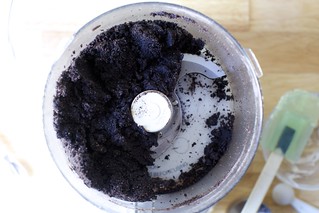 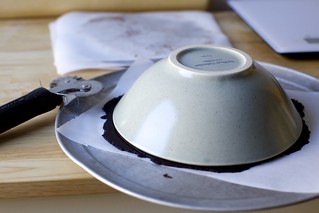 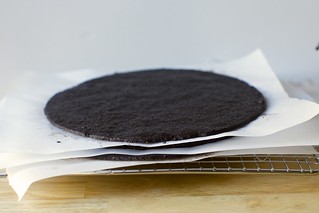 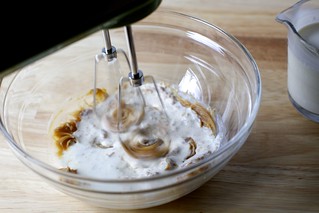 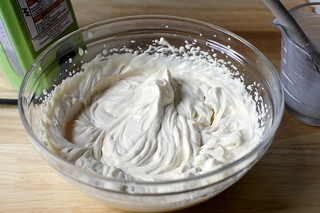 Things get a little better from there. She did throw together one of these things together the following year, when they had a one month-old no less, equally a testament to the ease of that recipe and also, realistically, the quality of the substitute baby-holders we had lined up. And this year? Well, it was a day late. Fortunately, as this could be their House Gif, nobody minded. Because all days that end with cake are better than those that do not. 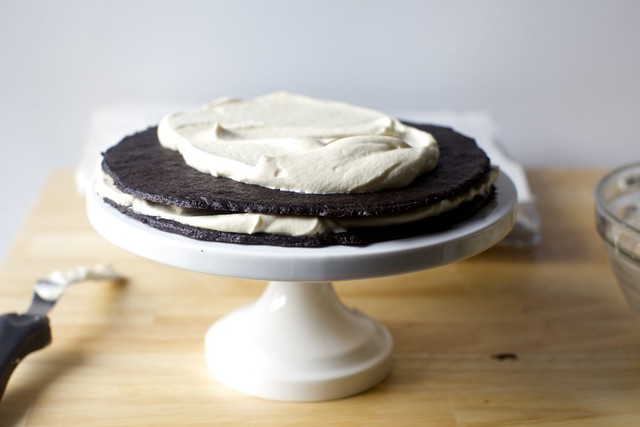 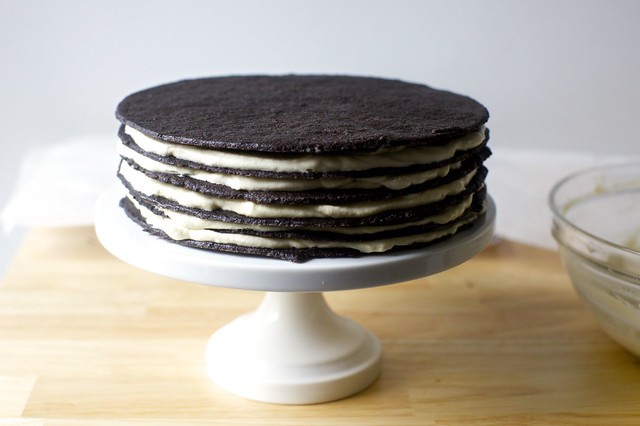 There’s so much to love here, though. Instead of using storebought chocolate wafers, which I can never find anyway, I made some, but not my usual recipe. I love it, it’s grand, but it also uses so much butter than when I did the math to scale it up to cake size, it got crazy, even by my butter-happy standards. Instead I used the recipe from King Arthur and I will never use another; with some tweaks (in technique, the recipe is as fine as can be) it exceeded all of my chocolate wafer hopes and dreams. And then I made massive, cake-sized cookies instead of tiny ones, and it’s the best thing since icebox cake. For the filling, I made peanut butter whipped cream and I’m sorry, but it’s going to ruin your life. I had significant doubts about whipped cream’s ability to showcase the nuance of peanut butter and each of them were wrong. This whipped cream is terrifically peanut butter-y with zero textural compromise and together, this cake manages to be dead simple but exceeding all of our icebox cake hopes and dreams. 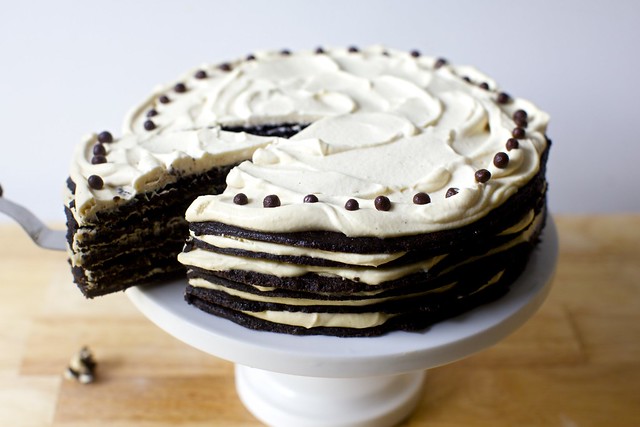 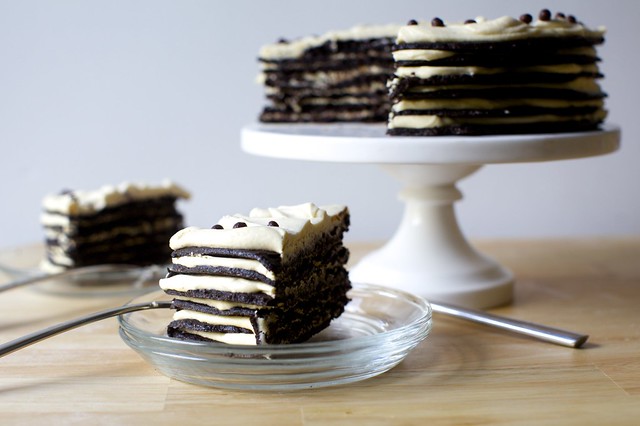 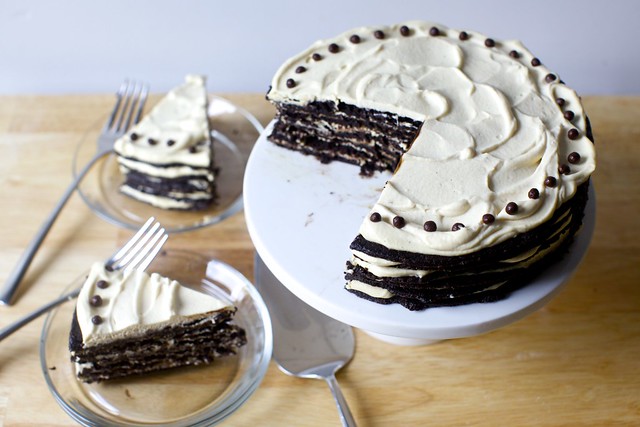 I am definitely behind on sharing things I’m doing outside this site. I’ve re-added the (needs updating and tweaking, but mostly intact) Events page under the More link above. Relevant to the next couple months, however:

And for the other side of the world:
Six Months Ago: Belgian Brownie Cakelets
1.5 Years Ago: Pecan Sticky Buns
2.5 Years Ago: Chocolate Peanut Butter Cheesecake
3.5 Years Ago: Italian Stuffed Cabbage
4.5 Years Ago: Lasagna Bolognese

For the darkest, most authentically Oreo/packaged chocolate wafer-ish color, you’ll want to swap half the cocoa with black cocoa powder, also sold as onyx cocoa powder. It’s available here, or in any baking supply shop.

Both methods: Heat oven to 350 degrees F. Divide dough into 6 equal pieces. Roll first between 2 pieces of parchment paper until very, very thin and just over 7 inches across. Slide onto board (parchment paper and all) and place in freezer for 10 minutes, until firm. Once firm, peel back top piece of parchment paper (it should now come off cleanly, with a gently pulling back) and use a stencil or bowl with a 7-inch rim to trim it into a neater circle. Slide cookie round and lower piece of parchment paper onto a baking sheet. Bake for 10 minutes and let cool completely on paper, which you can slice onto a cooling rack so that you can use the tray again. Repeat with remaining 5 pieces of dough.

It sounds like a lot of work but the best thing is to get into a pattern where one piece is being rolled while another is freezing while the third one bakes and fourth one is cooling so you’re never working with more than one piece at a time. By the time one piece bakes, the next is ready to leave the freezer.

While cookies cool, make peanut butter whipped cream: In a large bowl, beat peanut butter, vanilla, salt and sugar until smooth. Beating the whole time, slowly add heavy cream, a small splash at a time, until peanut butter-cream mixture is loose enough that you can add the rest of the cream without breaking it into clumps. Whip cream, watching it carefully as it’s very easy to overbeat with an electric mixer, until soft peaks form.

Place first cookie on a cake stand. If it’s sliding around, as cookies do, put a dab of whipped cream down first. Once it softens the cookie, it will make it stick. Thickly frost first cookie all the way to the edges with about 1/2 cup peanut butter cream. Repeat with remaining cookies, decoratively swirling the top cookie. Garnish with sprinkles or candy.

Place cake in the fridge overnight or ideally closer to 24 hours so that the cookies soften into cake layers. A knife dipped in warm water will make clean cuts.

Previous Sacher Torte
Next burrata with lentils and basil vinaigrette