[Welcome back to ✨ Newer, Better Month ✨ on Smitten Kitchen, when I get update a few SK classics with new knowledge, new techniques, and with real-life time constraints in mind. Previously: Perfect Spaghetti and Meatballs and Extra-Flaky Pie Crust.]

Sometimes “newer, betters” emerge because the original recipe wasn’t as good as it could be. But most of them — like this — come from real life. Like, when you’re really tired on a Saturday morning and you look at a recipe that you swore by at some time in your life when nobody dragged you out of bed at 7am on a Saturday [and then, instead of handing you a cup of coffee for your troubles, as you’d once daydreamed they’d be trained to do by now, demanded pancakes] and say “WHUT.” A blender? No, I am definitely not getting the blender out right now. Wait, why am I turning on the stove and the oven? Do I really need this much butter? Why are there lumps in the batter? Why isn’t this as puffy as I thought it would be? Can I go back to bed yet? I mean, just for a random example that’s definitely not going down in my kitchen as we speak. 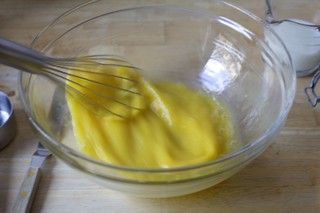 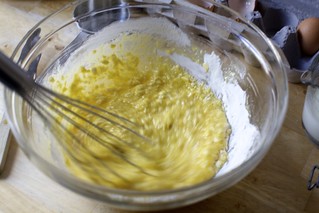 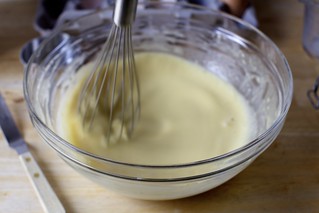 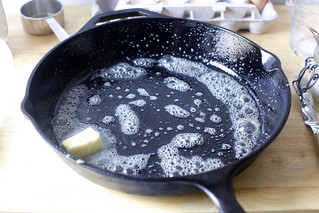 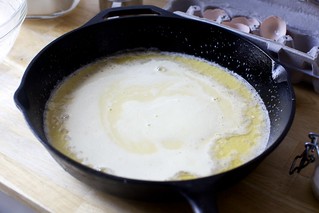 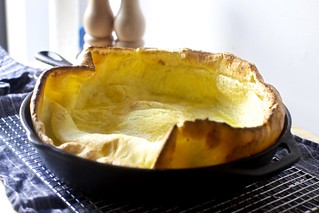 In the early days of this site, I told you about what my mom’s 1970s blender recipe insert called German Pancakes, confusing many German friends and readers, who had never heard of them. We better know these as Dutch babies — equally confusing, and said to have been coined by a corruption of the German deutsch — or David Eyre’s Pancakes, but they’re closer to popovers or Yorkshire puddings than anything else in batter. Because dramatic, rumpled crepe-like pancakes will always be more exciting than undramatic, unrumpled crepes, I’ve made a lot of versions over the years: buckwheat, cherry-almond and chocolate on the site; gingerbread (in The Smitten Kitchen Cookbook) and a parmesan dutch baby with creamed mushrooms (in Smitten Kitchen Every Day). It was when I was working on the chocolate Dutch baby that took a closer look at dutch baby formulas I’d been using and found through trial but mostly error one that I preferred. 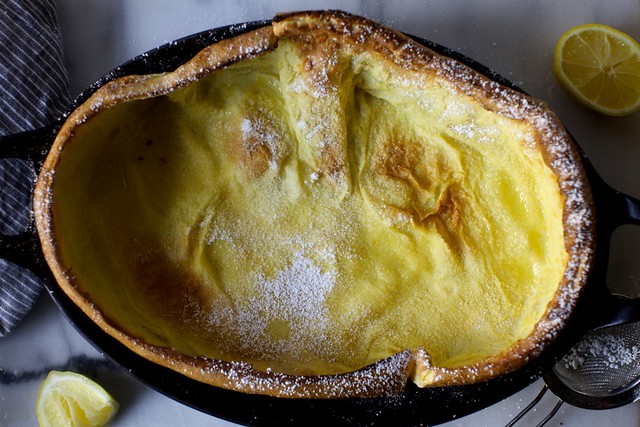 I found that an eggier batter led to a more billowy pancake. I found a little less flour and milk also increased rumples. I found that by adding the flour first, a lumpy batter was fully avoidable. I also realized that a lot of what makes a Dutch baby “work” — i.e. have a dramatic and Instagram-worthy finish — making sure you have the right amount of batter for you pan and, often, cooking it a minute or two further than merely cooked through. An extra couple minutes helps the shape of the waves set, and provides a nice crispy edge underneath. 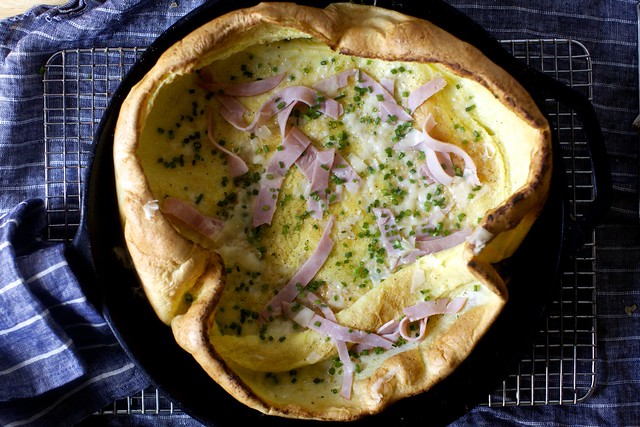 On sleepy Saturday mornings, I did away with the blender and sometimes even the whisk, the stove, and even the requirement of an ovenproof skillet. I also realized that you don’t even need to choose a sweet vs. savory angle (read: break up any arguments from children who didn’t agree on flavors) before you bake the pancake. You can shower it with anything you choose after it exits the oven — sugar, lemon, fruit, or chocolate for sweet tooths; cheese, herbs, sauteed vegetables, and/or ham or bacon for savory cravings. You could make it right now; believe me, I already am. 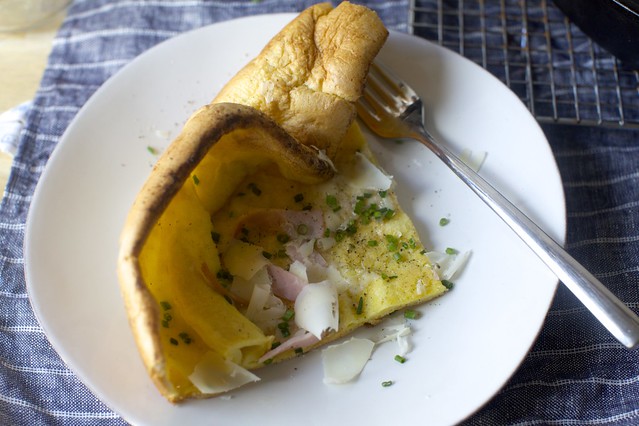 And for the other side of the world:
Six Months Ago: Breakfast Burritos
1.5 Years Ago: Pizza Beans
2.5 Years Ago: Piri Piri Chicken and Chocolate Pavlova
3.5 Years Ago: Oat and Wheat Sandwich Bread
4.5 Years Ago: Herbed Tomato and Roasted Garlic Tart and Cauliflower Slaw

The two key things to keep in mind when aiming for Peak Billows in your puffy oven pancake are 1. Baking it long enough that the center sets too, getting a chance to slightly rumple, although it may not always. This usually involves setting the timer for the suggested time and checking back every 1 to 2 minutes after until it’s just right. 2. Having the right size pan for the batter yield. If there’s too little, the pancake will not have the same dramatic heights. The yield here is intended for one 12-inch round ovenproof skillet, two 9-inch round ovenproof skillets, the equivalent sized baking dishes, or even a 9×13-inch pan. If you pan is smaller, simply scale the recipe down. For the 2-quart oval casserole dish shown up top, I used 3/4 of this batter, i.e. 3 eggs, 6 tablespoons each flour and milk. Finally, I know people often balk at the amount of butter, and this uses less than some recipes, but it’s essential that there’s enough in the pan that the pancake can slide around and rumple over it; if there’s any even slight sticking, it will not.

When oven and baking vessel are fully heated, wearing potholders, carefully remove skillet(s) or baking dish(es) from the oven. Melt butter inside and roll it around so it goes up the sides, too. If using one large dish, two-ish tablespoons is often sufficient; it’s best to use three tablespoons between two dishes, however.

Pour batter into buttered dish(es) and return it to the oven. Bake for 12 to 13 minutes to start, and then in additional 1 to 2 minute increments until the edges are deeply golden brown and the centers are just beginning to color. Have your finishes ready to go. Transfer to a cooling back or trivet. I finish sweet pancakes with lemon juice and a good coating of powdered sugar, and savory pancakes with grated cheese, vegetables and/or ham or bacon, and fresh herbs. Eat immediately; these pancakes are best hot from the oven.