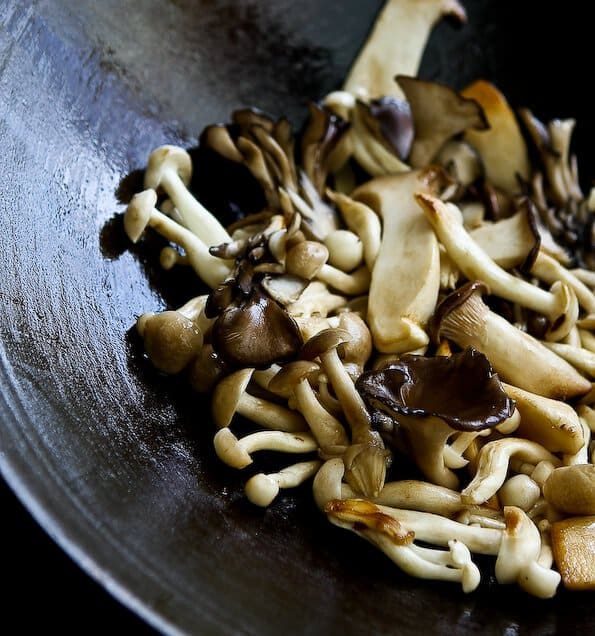 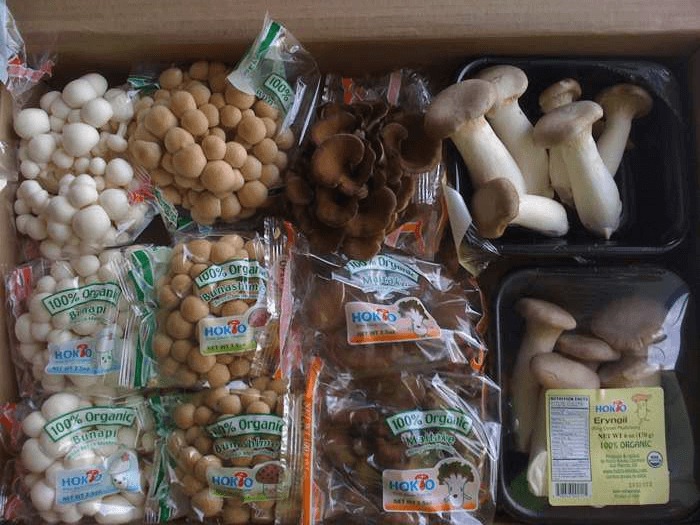 These are organic and grown in the United States (the ones sold in US are grown in California) and even cultivated on recyclable material with no chemicals or additives. Japanese mushroom farm at Hokto Kinoko: 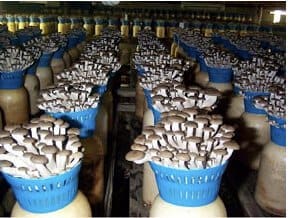 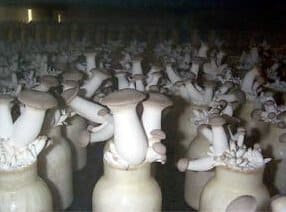 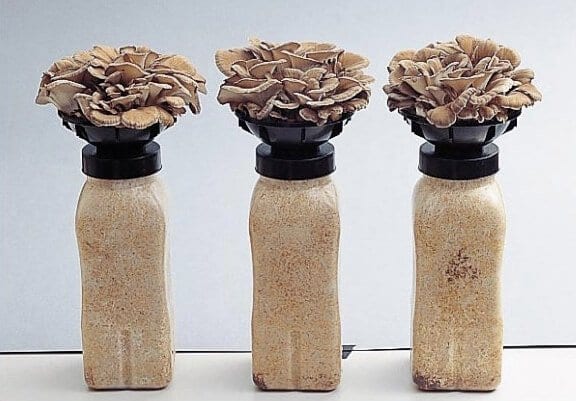 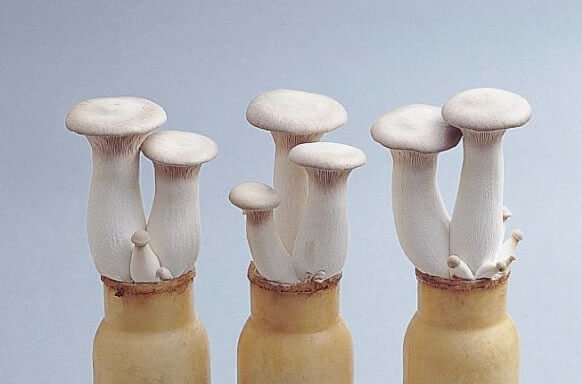 I took some time to give each mushroom variety a glamor shot – these were really fun to photograph. I hope you enjoy them! 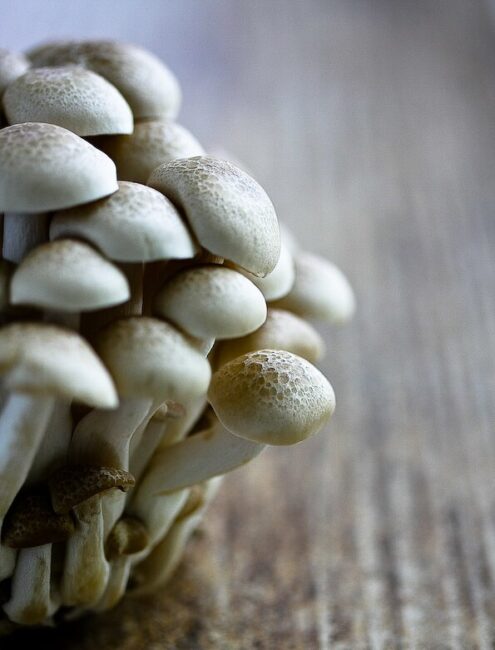 Shimeji Mushroom is the third most popular mushroom in Japan, after shitake and enoki. They are called “beech mushrooms” because they often grow on fallen beech trees. These have a white base and cracked, speckled brown caps white are so very pretty. Surprisingly, they have no aroma! But their texture once cooked is smooth, crunchy. Shimeji mushrooms are buttery and nutty. You must cook Shimeji mushrooms, do not eat raw. Perfect to pair with noodles! The first recipe below is my Japanese Noodles with Shimeji Mushrooms Recipe. 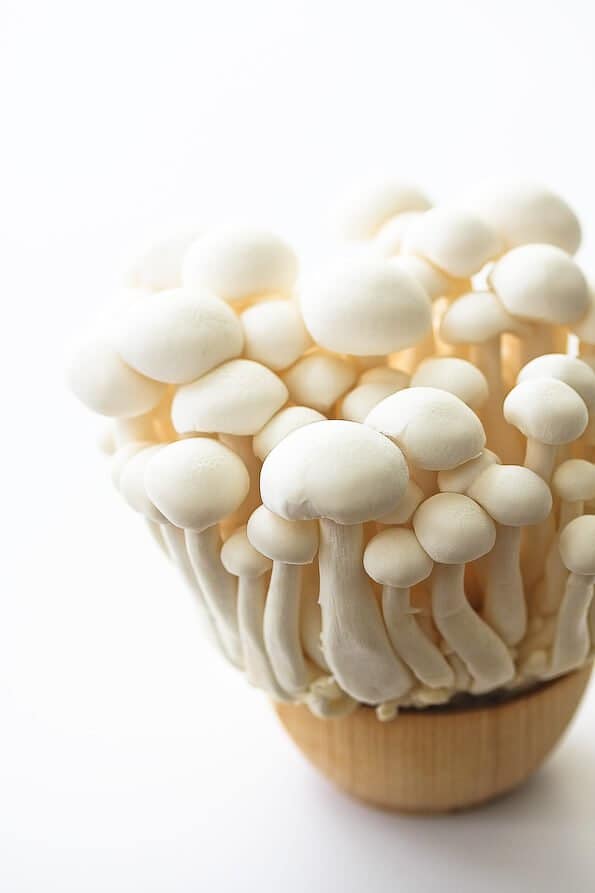 These are called “white beech mushrooms” and “Bunapi” is actually a Hokuto trademark – they bred this particular mushroom from the Buna Shimeji (above) for its smooth, ivory color. It tastes very similar to the Buna Shimeji, and any recipe above will work for Bunapi. 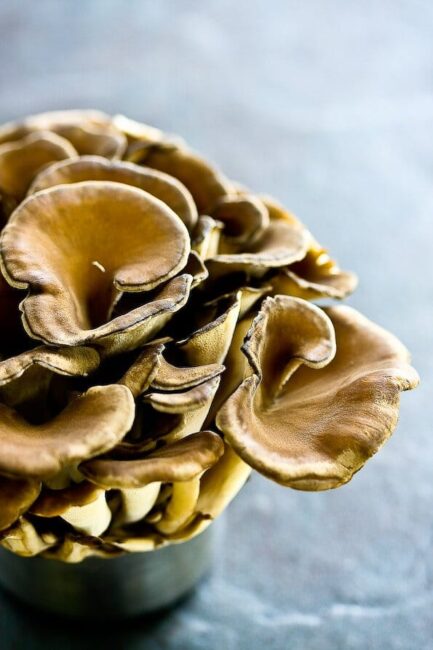 According to Kimiko Barber, in Japanese, these mushrooms are called “dancing mushrooms.” When these mushrooms move in a gentle breeze, they resemble coral dancing in the current. It’s scientific name is Grifola frondosa and also known as Hen of the Woods. It’s a sturdy mushroom and holds its shape in a quick stir-fry and very pretty in soups with its swirls and curls floating. The taste is rich, earthy, woodsy and its texture is crisp/firm. 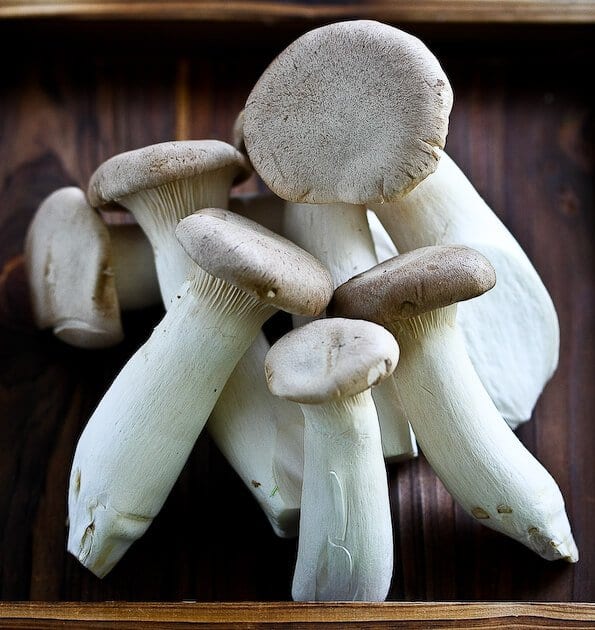 These are my favorite Japanese mushrooms, I love their hearty, meaty texture and sometimes I even use these mushrooms as a meat substitute. I like to slice these mushrooms into 1/4-inch slices and then pan fry them with a little butter, mirin and soy. (I’ll post a recipe up later this week)

King Trumpet mushrooms are sweet, mild and buttery. Its stem is thick, robust and the Eryngii is related to the common Oyster Mushroom. In fact, sometimes, they are known as King Oyster Mushrooms. The ones shown here are about 3 to 4-inches tall and its base is 3/4-inch in diameter. Big boys!

Ian Garrone shows you in a short video clip what to look for when buying King Trumpet mushrooms. He also says their taste is similar to abalone – and I totally agree! 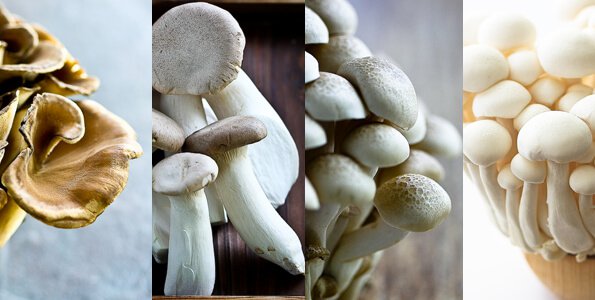 Do you have a great mushroom recipe? Let me know in the comments!

Previous How to cook rice in the microwave, perfect every time
Next crispy spinach pizza