Sorry, I blinked and missed 2016 in that way that happens when you’re so deeply in it, you forget to look up. I went from having one kid and a tiny bundle wrapped in a blanket to have two real-live mobile children and they are impossibly cute and exhausting and I wouldn’t want it any other way except for maybe once a week if we can find a babysitter. Like all parents ever, I think my seven year-old says amazing things, such as when he told us this weekend we needed to get our New Year’s Revolutions ready. My 17-month old is a tempest of curls and a blur of frenetic energy and whenever she exhibits, ahem, “low frustration tolerance” people decide this is the perfect time to tell me how much we are alike, not sure what that’s about… Both kids got serious birthday cakes and for once, my husband did alright too. I got to go on a surprise birthday trip to Mexico City without kids (!) and then we went to Portugal with two children, had a great time, and even remembered to bring the same two children home with us. If we can do that, we can do anything, right? 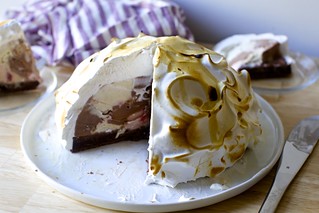 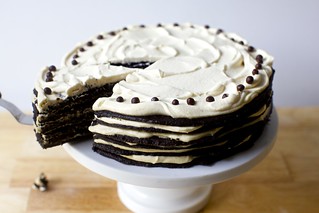 More relevant to this space, Smitten Kitchen turned 10 years old and I wrote some completely earnest stuff about 10 years of food blogging. I also gave a completely terrifying keynote address at a conference. This site was at last redesigned, the culmination of a multi-year and multi-design team effort to release this site from my circa 2006 attempts at CSS. This was a challenge and a life lesson in accepting that sometimes 95% done, at least for websites is good enough. (That said, we tweak things every week. I expect it to be perfect by 5 years from now, precisely in time for the next redesign.) I finished (well 95% again, but not the kind I’m at peace with because I’m the kind of author that gives publishers ulcers) a cookbook and then I let 13 people with cameras and mics and lights wreck havoc on my apartment one day (more soon on both of these). I hosted my first Thanksgiving and also we started having people over almost every other week because have you ever been at a restaurant with a toddler? Suddenly the idea of cooking even for 11 people on the regular is wildly more appealing. I enjoy the results this has had on my cooking, too, figuring out which meals scale easily, can be prepped in advance and accommodate various diets.

Although my updates here have been slower for parts of this summer and fall than almost any other year, I really love what we’re cooking here more than ever, a mix of the practical (sheet pan dinners, pumpkin bread, avocado toast, everyday meatballs, the platonic ideal of blueberry muffins, spaghetti pie and a taco torte) and the terrifying (Baked Alaska, towering Russian cakes and more). I am forever trying to find my footing in the kitchen, trying to find a balance between the ambitious stuff that fuels me but also, you know, dinner, dinner I’m actually excited to make and eat. These lists look like we’re almost getting there. 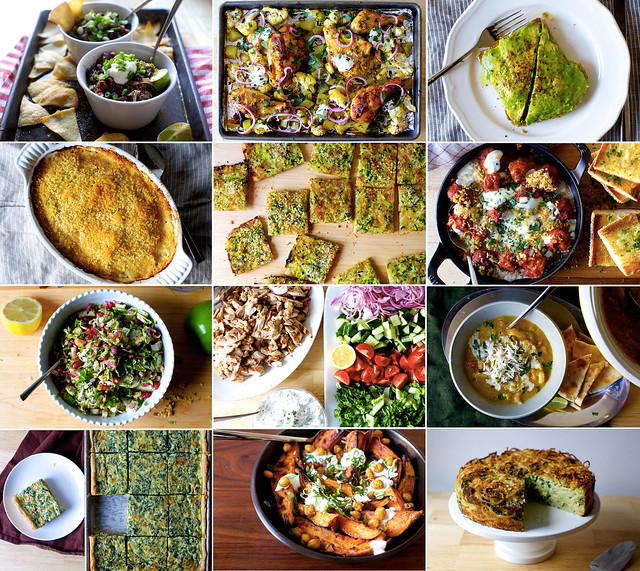 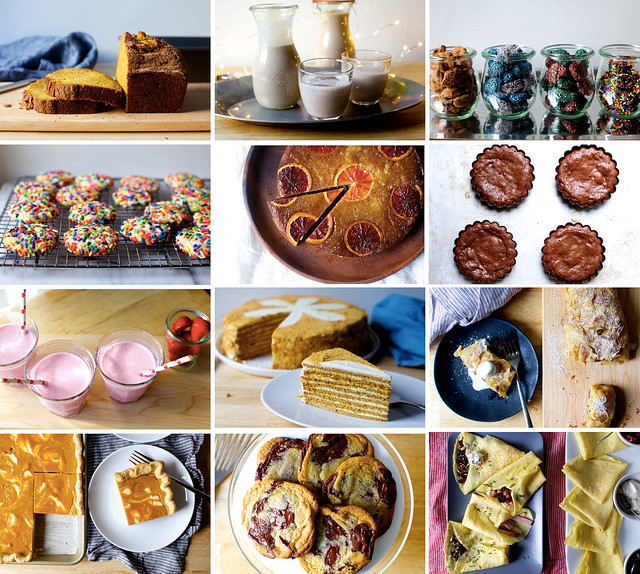 This is my favorite part of year-end round-ups: a sampling of the many things that never got out of dev, a veritable Festivus of aired cooking grievances. (Will you share your own?) 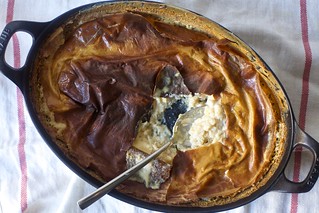 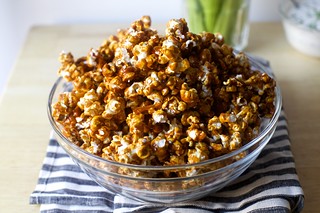 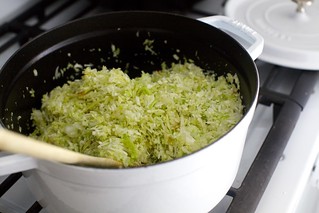 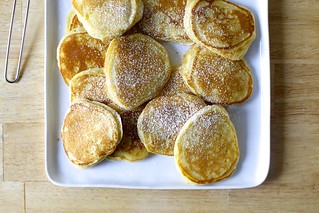 • A failed attempt at tergoule. I understand that you need a deeper pot. And also not to burn it.
• I made buffalo wing caramel corn from Bon Appetit and it was good but I like my miso caramel popcorn better.
• I seem to be the only person on the food internet that has not found nirvana in Marcella Hazan’s famous smothered cabbage. My savoy cabbage burned; I had better luck with heartier white cabbage.
• I made all the best-rated buttermilk pancake recipes I could find and didn’t like any of them. I mean, we liked them but none were what I was looking for. 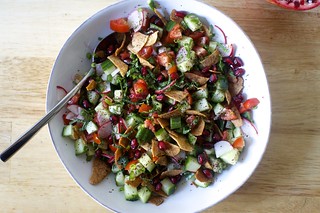 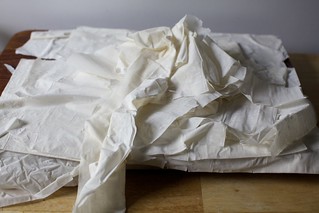 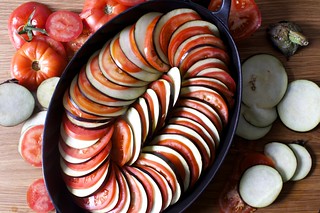 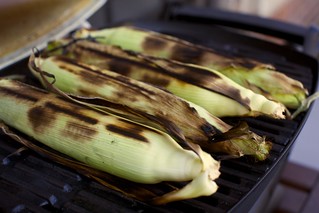 • After having one of my favorite meals of the year at Damas in Montreal, I came home and attempted to make their fattoush salad as I remembered it. I have not a single complaint about it, I just didn’t jot down my measurements, like some sorta noob.
• 2016 was not the year I made peace with my mortal enemy, storebought filo.
• Every summer I make this thing I call an Eggplant Parm Tian and every summer I swear I’ll publish it but I lose interest before we finish it. I don’t know what it’s missing but perhaps I’ll figure it out in 2017.
• I wanted to rant about the only great way to grill corn but then decided there were enough bossy rants on the internet. 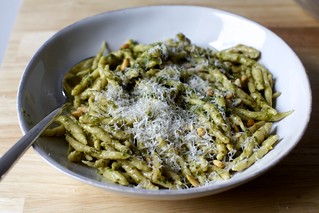 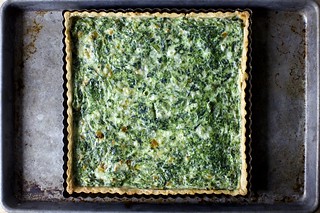 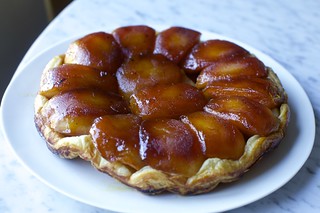 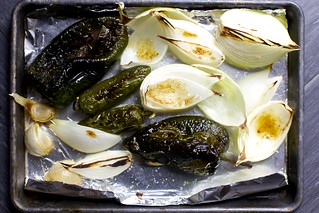 • I fell down a YouTube rabbit hole and when I emerged, I decided that making trofie pasta, a wonderful shape that requires only a cutting board and knife, no pasta machines, was something easily pulled off. After a significant learning curve, indeed I did pull it off but it was not pro-level. I realized that the brilliance of pasta-rollers is that evenly thick pasta cooks, uh, evenly. These — half soft, half undercooked — did not.
• I went to update the photos for my old favorite spinach quiche and decided instead to make it party-sized. But I still like this photo.
• I begged Susan Spungen for an apple tarte tatin lesson and she obliged. “We” (ha, she) made this. I think in four more apple seasons, I will be seasoned enough to make one this stunning again without help.
• I charred the onions, garlic and chilis I used as a base for a no-bean chili and whoa, this little step changed everything. More on this soon, perhaps? 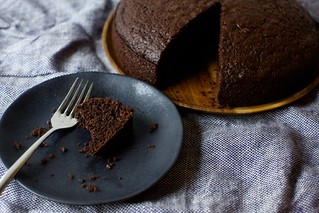 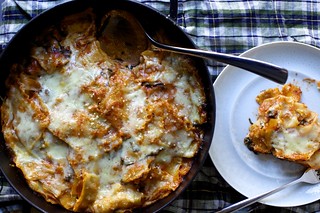 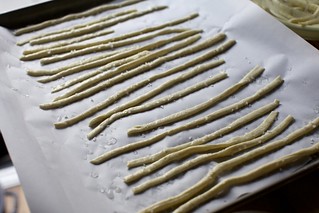 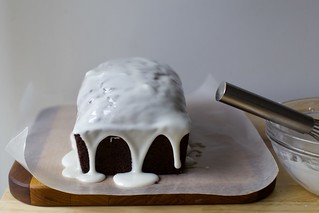 • This chocolate olive oil cake was not improved by my meddling.
• This is one of approximately 14 pasta bakes I made before settling on the one I wanted. But I still think it has potential.
• Let’s not even talk about my grissini/thin pretzel sticks flop. You know things are bad when salty carbs aren’t edible.
• Last week I worked on a one-bowl gingerbread loaf with pear and lemon and candied ginger and it was absolutely not up to snuff. But not because of the pear, lemon, or candied ginger so I’m going to get back to that next Christmas.

And at last, something that did not flop, not even a little. 10 years is too long for this website to have gone without pimento cheese, a Southern relish used in and on everything worth eating. Think of fromage fort or liptauer cheese as its European cousins. I said in my newsletter earlier this week that my goal this week was to pass off as many party snacks for dinner as I could, but I wasn’t joking. These potatoes (like twice-baked potatoes, except we’re going to boil them first so they’re less shriveled) are bite-sized and go quickly. I want to be at any party where you’re serving them. 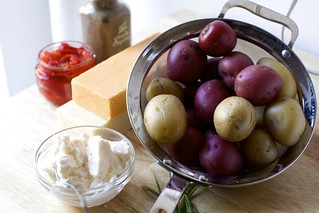 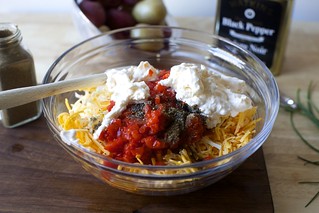 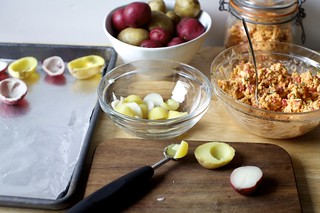 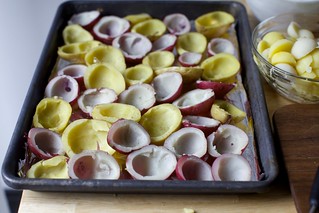 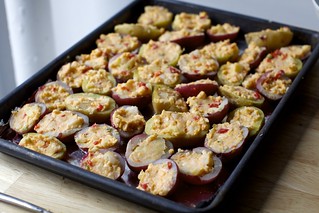 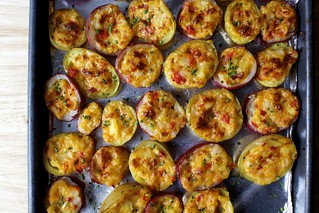 Some potato-scooping tips: There’s a temptation to scoop them all out perfectly, but I find scooping out shallow round is sufficient once remixed to have a fully-flavored potato and it’s only when I attempt to cut further that I cut holes in the bottoms or rip the sides. Even if you do, however, the oiled foil will keep it from being too much of a mess.

Put potatoes in a large pot, cover them with two inches of water, set them over high heat and set your time — as soon as you turn on the flame — for 25 minutes and bring to a boil. When the timer rings, the potatoes are either done or need up to 5 minutes more. If a skewer goes in them easily, they’re done. Drain and let cool until you can pick them up. Or, you can chill them for up to 2 days, until needed.

Meanwhile, make the pimento cheese by mixing the cheddar(s), pimentos, mayo, scallions, celery salt and cayenne or hot sauce together until evenly combined. Season to taste with salt and freshly ground black pepper. Either use this right away or keep it chilled for a week, until needed.

When potatoes are cool enough to handle, halve lengthwise and scoop out all but the last 1/4-inch thickness of skin and potato (essentially, you want to leave a shell inside for stability). A melon baller makes easy work of this. Arrange potatoes on prepared baking sheet. Season cavities with salt and pepper. Mash the potato centers in a bowl until smooth and mix with half (3/4 cup plus 1 tablespoon) of prepared pimento cheese. Season with more salt and pepper to taste. Use a small spoon, butter knife or small offset spatula to press/pack filling back into emptied potatoes, smoothing the tops. Nestle them in the pan tightly to discourage them from toppling and spilling their contents.

Bake 15 to 20 minutes, until melty and sizzling, then run under broiler until lightly browned on top. Let cool 5 to 10 minutes before serving, garnishing with paprika and/or chives when you do.