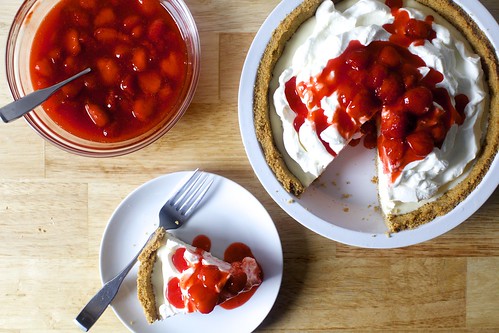 Sure, there’s nothing glamorous about carrying a watermelon, so to speak, but I’d be lying if I didn’t admit that I rather enjoy many parts of being pregnant. For example, you get to wear elastic-waist pants all the time. Your hair gets really thick and shiny; I mean, sure, it doesn’t last but if this is as close as I’m going to get in my lifetime to my Pantene Moment, you’d better believe I’m going to revel in it. It’s so very wrong, but I even secretly enjoy the soft bigotry of low expectations as literally nothing I admit — that I’ve been only swimming two times a week instead of three recently, that if I cook dinner twice a week, it’s a triumph, etc. — is met with less than “Go you! That’s amazing!” I even delight in watching people’s expressions change to borderline-panic on the street as they realize this rather normal-looking woman approaching them is, in fact, colossal when viewed from the side. 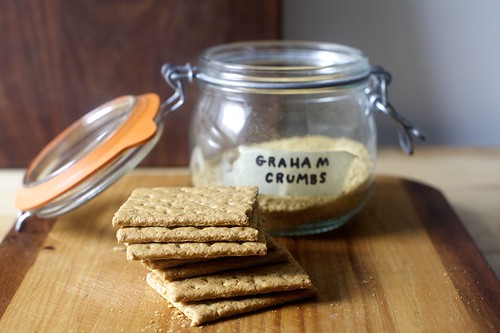 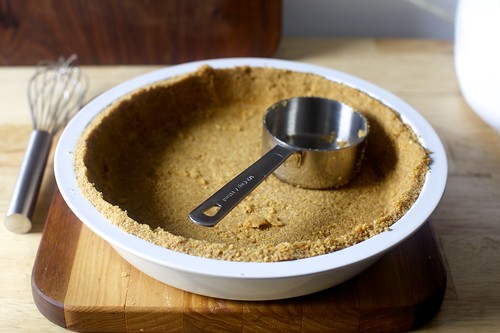 That is, until the end. The final weeks are a little different, aren’t they? They are both too long and too short, erratic sleep, puffy feet, and can I admit that I dread standing in line at the grocery store because I know I won’t escape without having to converse with a stranger about the state of my midsection? I actually found myself debating the pros/cons of a grocery store run yesterday because of this, but fortunately, the need for cream cheese and graham crackers for cheesecake ice cream pie triumphed, as it always and forever should. 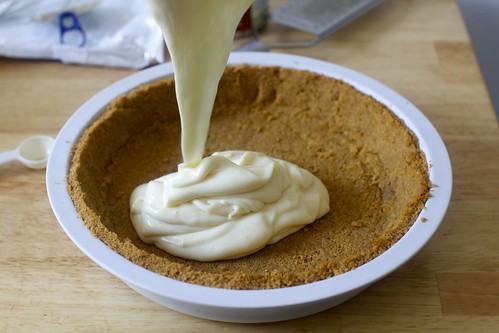 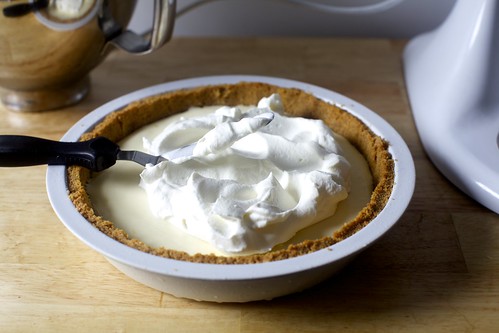 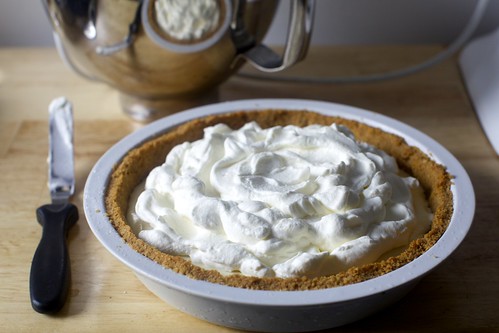 You could say I’m on a frozen dessert kick this summer, whether I’m making the argument that popsicles are breakfast food, campfire-charred marshmallows should be slurped through a straw, and that anything with the nickname “crack” could be an ideal ice cream sandwich vehicle. I’m sure it has nothing — nothing — to do with the fact that 80 degrees outside is more like 105 in Third Trimester-ese, or that when your household includes a Kindergartener and a husband that’s been kind enough to eat like a stereotypical pregnant woman (pickles! ice cream! chocolate!), well, nobody is going to argue. Although I own an ice cream maker, my primary goal is to avoid using it because it requires advance planning (at least 24 hours of bowl-chilling) and nothing about ice cream cravings involve delayed gratification. 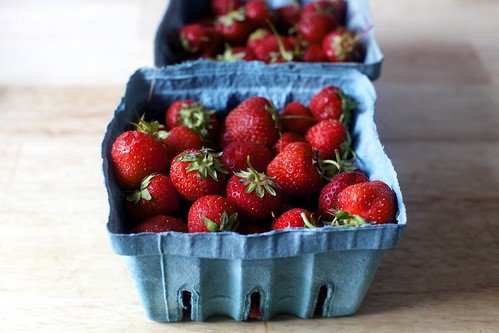 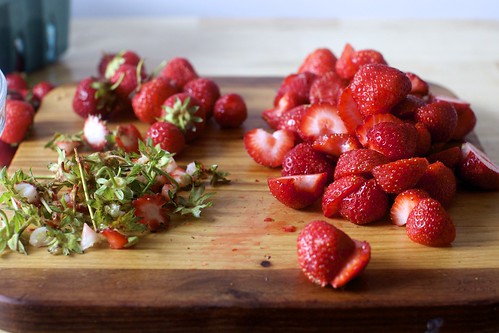 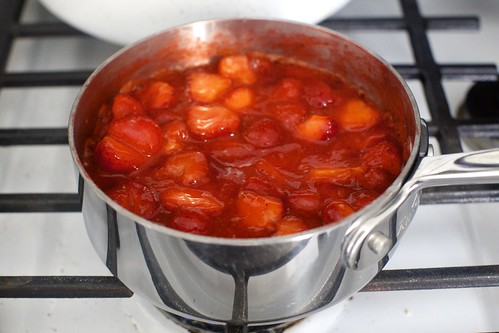 So, when I spied a stunning churn-free recipe for Mexican Chocolate Ice Cream Pie on one of my favorite food blogs and realized that the core recipe was just a few steps away from cheesecake, and that I’ve never met anyone — dad, grad, kid, carrier of watermelons — who did anything less than a leap for joy when told that if they opened the freezer, they’d find a billowing homemade strawberry cheesecake ice cream pie inside, I knew what needed to be done. And I don’t regret a thing. 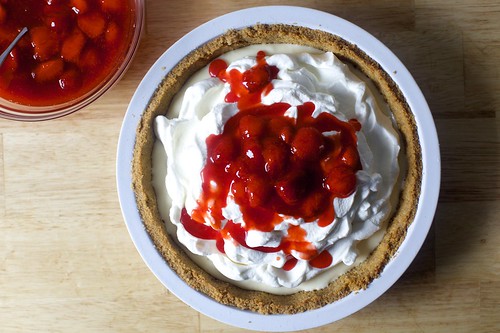 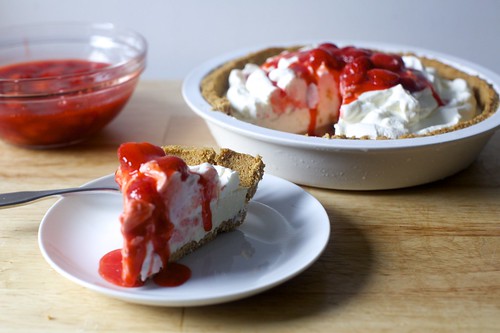 And for the other side of the world:
Six Months Ago: Endives with Oranges and Almonds
1.5 Years Ago: Eggnog Florentines and Linzer Torte
2.5 Years Ago: Peppermint Hot Fudge Sauce (so perfect for summer, too, with or without mint extract)
3.5 Years Ago: Cashew Butter Balls

Make crust: Heat oven to 350°F. Combine graham crumbs, sugar and salt in a medium bowl and stir until mixed. Add butter and stir until crumbs are evenly coated. Press crumbs into the bottom and up the sides of a standard 9-inch pie dish. I like to use the outer edge of a heavy measuring cup to press in neat, firm sides but nobody will be the wiser if you just use your fingertips. Bake crust until lightly browned, about 9 to 10 minutes. Set on cooling rack to cool completely. Once cool, you can even transfer it to the freezer to get it started on the chilling process.

Make whipped cream topping: Whip cream with sugar and vanilla until soft peaks form. Spread the whipped cream over the frozen filling and return to the freezer until firm, usually less than an hour.

Make strawberry topping: Combine strawberries, sugar, lemon, cornstarch and water in a medium, heavy saucepan. Let macerate for 15 to 20 minutes, then cook over medium-low heat to a simmer, stirring. Cook for 2 to 3 minutes more, then remove from heat and chill sauce completely. You can hasten this along by stirring it in a bowl set over a bowl of ice water. Chill strawberry sauce in fridge until needed. (We won’t be freezing this part.)

To serve: Using a hot, wet knife, cut pie into wedges and drape each with strawberry sauce. Eat, repeat.