A thing I have learned over the last 10 years (!) here is that people have fairly bifurcated opinions of eggplant. Some find it to be the greatest, especially when it is at its most eggplant-y, others don’t care what you do with it, they’re never going to be converted, but even the most eggplant-equivocal agree on one thing: eggplant parmesan is the bee’s knees. I am, however, the one that’s ambivalent about it. To take beautiful coins of eggplant, batter and fry them to a profound and well-seasoned golden crisp just to bury them in texture-killing amounts of sauce and melted cheese feels wrong to me, disrespectful of the labor involved and calories embedded in gloriously deep-fried foods. (I feel the same way about fries smothered in sauces and gravies. Unfollow me now!) 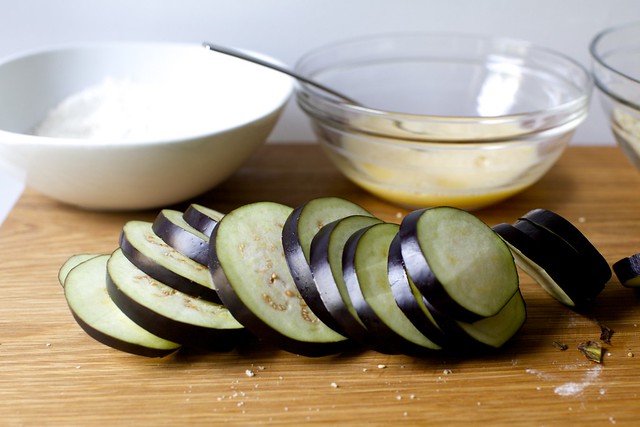 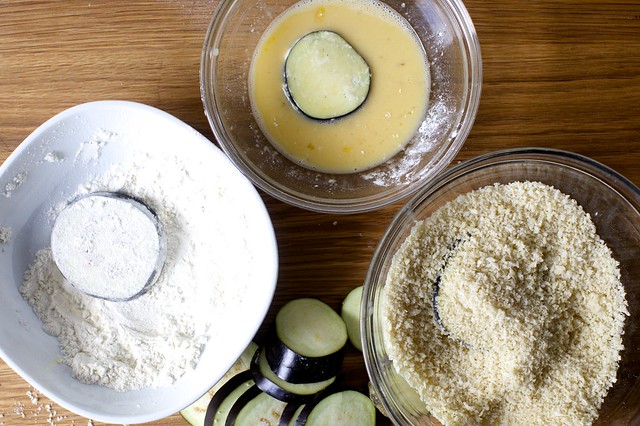 All of these concerns go out the window when making a sub, however, which is what we called hoagies/heroes/grinders in my half of New Jersey growing up. The eggplant parm sub is in a way-too-small category of Great Vegetarian Sandwiches*, and I don’t know when they went out of style, but I don’t see them around very often anymore. The eggplant’s texture is less compromised than it gets in casserole form, and so much extra from a seeded roll (it must be seeded; don’t even ask), I find you can even make compromises with the eggplant itself (baking instead of frying breaded eggplant or roasting coins without breading at all) and not feel like you’re missing a thing. 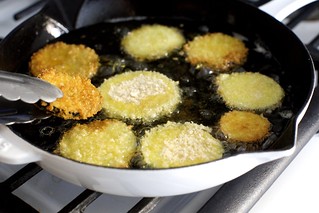 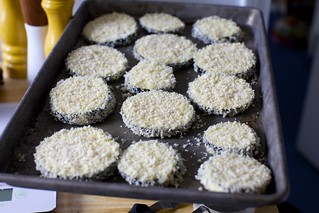 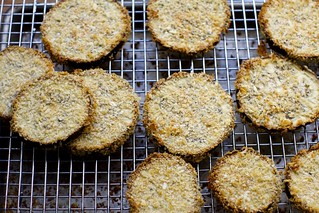 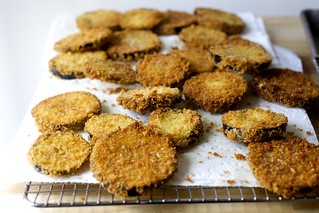 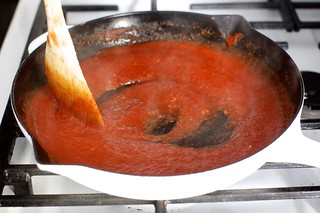 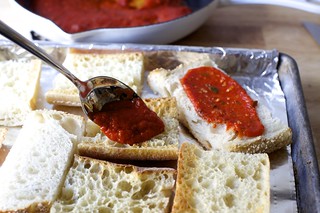 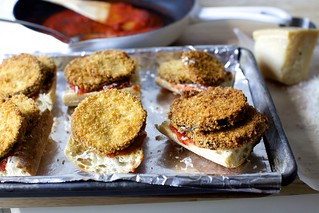 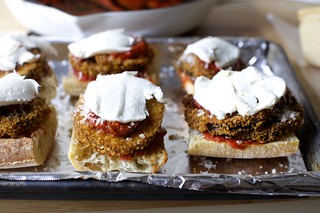 Not that we made any compromises on Friday night. Nope, I did the whole shebang, the panko, the skillet of olive oil, the good bread and it might have been gloriously over-the-top save one thing: the top slice of bread. By doing away with the sub’s ceiling, the sub becomes a blistered, unbelievable and totally unsoggy melt and yet somehow not so heavy that you immediately need a nap. If you have even the smallest smidgen of a doubt over whether you should make these this week, close your browser now because you can’t just have a recipe like this across your screen with friends/family members/roommates around and not expect them to start offering favors in exchange for you to bring it to life. 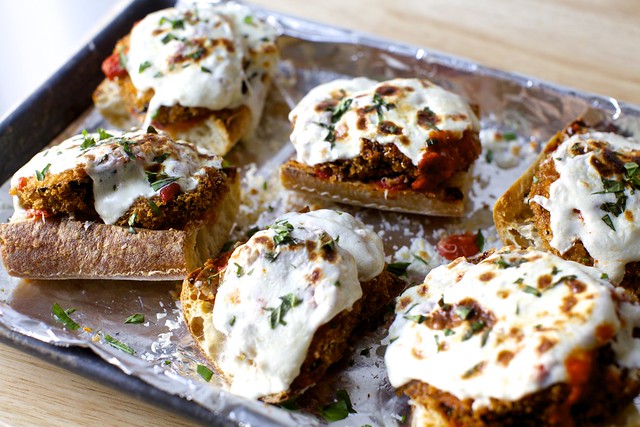 * Can we talk about other Great Vegetarian Sandwiches? This broccoli melt is one of mine, as is this smashed chickpea salad and the ratatouille sub in the first cookbook. But I always need more. What are your unexpected favorites?

And for the other side of the world:
Six Months Ago: White Russian
1.5 Years Ago: Spaghetti Pangrattato with Crispy Eggs
2.5 Years Ago: Stuck-Pot Rice with Lentil and Yogurt
3.5 Years Ago: Blood Orange Margaritas
4.5 Years Ago: Double Coconut Muffins

To bread and bake or fry: Set up three wide, deep bowls on your counter, one with flour, one with the three eggs and one with the breadcrumbs. Season the flour very heavily (at least a teaspoon of kosher salt and many grinds of black pepper) and stir to combine. Beat the eggs until combined. Dip each slice of eggplant in the flour, tapping off excess, then the egg, letting excess drip off, and then the breadcrumbs, packing them on.

To bake breaded eggplant: Heat oven to 400 degrees. Place two racks (such as a metal cooling rack for cookies) over two large baking sheets and brush or spray them with olive oil. Arrange breaded eggplant slices in one layer on racks, season well with salt and pepper, and bake for 20 minutes on first side and 15 on the second, until edges are crisp and eggplant inside is soft. Set aside.

To fry breaded eggplant: Heat a large skillet with 1/2-inch olive oil over medium/medium-high heat. Feeling stingy with the good olive oil? Use half olive oil and half of another good oil for frying, such as sunflower, safflower, vegetable, grapeseed or canola. (Most restaurants do!) Once hot enough that a droplet of water hisses and splatters when added to the oil, fry breaded eggplant, a few slices at a time, until golden underneath, about 3 to 4 minutes, then flip and cook until browned on the second side, 2 to 3 minutes more. Drain on paper towels and immediately, while they’re still very hot, season with salt and pepper. Repeat with remaining slices.

To roast un-breaded eggplant: Brush two large baking sheets with a couple tablespoons of olive oil. Arrange eggplant slices in one layer and season well with salt and pepper. Roast for 15 to 20 minutes. Carefully flip each piece: the undersides should be blistery, dark and a bit puffy and should release from the pan with no effort. If they’re not, let it cook longer. Once flipped, sprinkle them with additional salt and freshly ground black pepper and return the pan to the oven for another 10 to 12 minutes or so, until the undersides match the tops.

Meanwhile, make sauce: Heat 1 tablespoon olive oil in a large frying pan over medium heat. Once hot, add garlic and cook for one minute, until faintly golden. Add tomato puree, which is going to sputter and splash, so step back. Season with salt, black pepper, pepper flakes and stir in oregano. Simmer, stirring from time to time, for 15 minutes.

Assemble melts: Heat broiler. Split bread in half and briefly run under broiler, just to lightly toast it so that the sauce doesn’t make it soggy. Split each bread half into 6 smaller toasts and arrange on 1 to 2 large baking sheets that have been lined with foil. Spread a little prepared sauce over each toast and sprinkle with some of the parmesan. Add a few eggplant slices to each, fanning them out. Top with more sauce (to taste, but not so much that eggplant is drenched), parmesan and then place a slice or so off mozzarella over the top of each, enough that when it melts, it should drape down easily. Run trays of melts under the broiler until cheese on top is melted and blistery, 5 minutes in my oven but possibly more or less in yours, so please keep an eye on it. Garnish with additional basil and dig in.