As far as Christmas songs go, Fairytale of New York is pretty bleak. Instead of chestnuts on the open fire, horses come in 18 to 1; instead of white Christmases, morphine drips; instead of coming home for the holidays, one waits them out in drunk tanks. It’s not the stuff of greeting cards. And yet, for a whole lot of people, myself included, it wouldn’t be December without The Pogues 1987 holiday anti-ballad on repeat. It comes in handy when you’re feeling a little grinchy* about the season; there’s something of a relief in a song where nobody does anything right but aren’t pretending things are any other way. The sentiments are honest, and in a way, a little magical, choirs and bells and bands in the street, imagining better times and better years ahead. 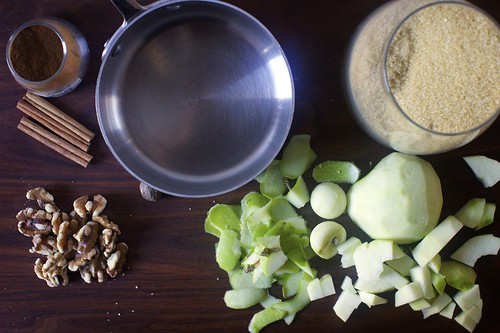 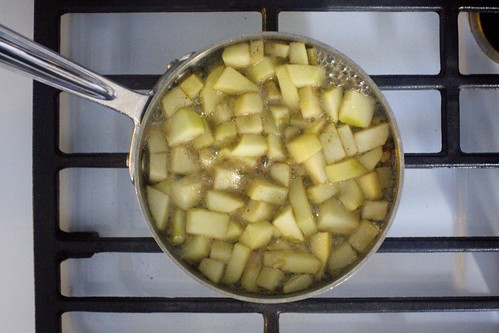 Not that I listen to the song anymore. I mean, I used to often enough that I’d drive my husband, less charmed by Christmas music, bonkers but then my son got old enough to start sorting out the words and abruptly, being a good parent won out, at least for another decade or so. 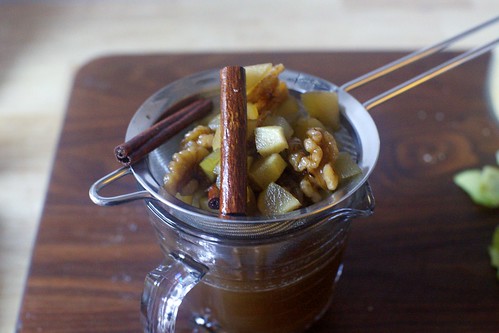 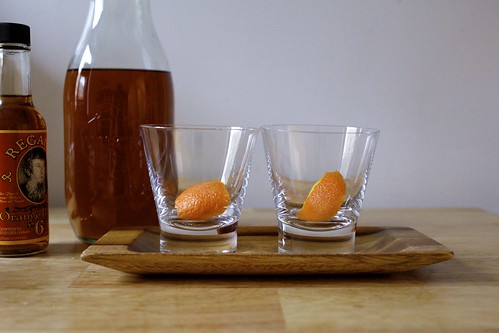 But my nostalgia for the song is so steep, when I spied a cocktail called the Fairytale of New York in this month’s Imbibe Magazine, there wasn’t a chance I wasn’t going to be making it (plus rugelach pinwheels, which are on repeat this year) for the next holiday party. The drink is essentially an Old Fashioned, except instead of muddling a sugar cube with bitters, you sweeten it with a “winter warmth syrup,” with raw sugar, cinnamon sticks, cloves, walnuts, apples and pears. The aroma of this simmering on the stove is so reverentially amazing; if you had even a trace of holiday hesitation left in you, it would instantly eradicate it. And if it didn’t, well: bourbon. 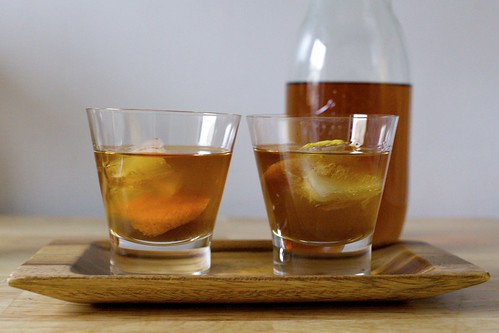 I hope that wherever you’re spending the holidays, you are with the people you adore, getting to eat the food you love, and listening to all of your terrible holiday favorites (I like a steady mix of Pogues and John Denver and the Muppets, personally). And I hope that someone hands you one of these as soon as you walk in from the cold. 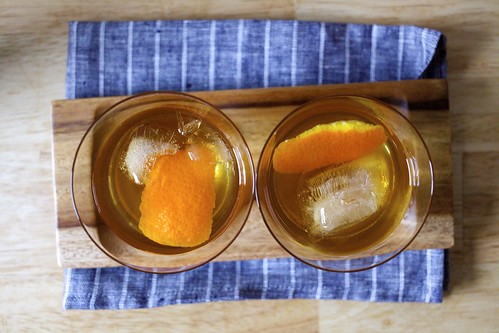 More about the song: This is a great read on the history and making of The Fairytale of New York.

* warning, grimness ahead: …perhaps because you learned that one of the most famous crooners of the last century was a terrible parent or maybe you listened to Santa Baby in the wrong mood and found it grossly materialistic and paternalistic or perhaps because a certain song you once loved got ruined forever a few years ago…

And for the other side of the world:
Six Months Ago: Cherry Almond Dutch Baby
1.5 Years Ago: Pickled Vegetable Sandwich Slaw
2.5 Years Ago: Triple Berry Summer Buttermilk Bundt
3.5 Years Ago: Blueberry Yogurt Multigrain Pancakes

Fairytale of New York
Adapted from Dave Mitton of The Harbord Room in Toronto, via Imbibe Magazine

This is essentially a winter spiced old-fashioned, a really wonderful variation on it for this time of year. The mulled simple syrup will make you home smell heavenly. I fudged the ingredients a little, using a whole apple because I didn’t have a half pear, using orange bitters instead of walnut ones, and ground cloves (a few pinches) instead of whole. Nobody was the wiser.

Make the winter warmth syrup: Combine all ingredients in a saucepan over medium heat. Bring to a simmer, stirring until the sugar dissolves, and simmer for 15 to 20 minutes. Remove from the heat and cool. Strain into a clean glass bottle, cover and refrigerate for up to 2 weeks. Makes about 2 cups.

Make a drink: Place the orange peel, syrup and bitters in a low glass and muddle. Pour in whiskey, add a large ice cube and don’t forget to share.

Make a carafe: We brought 2 4-cup carafes of this to a party, using all of the syrup and about 5 1/2 cups bourbon. We tossed a few orange peels into each jar. Don’t forget to remind friends to pour it over ice (we forgot), so they are not asleep before, you know, Santa comes down the chimney.