There is a whole catalog of cooking devoted to what to make when you peer nervously into your bank account and find the balance lacking — one could even argue that the affordable preparation and dissemination of nutrients has always been the primary goal of cooking, before we got distracted by $ 700 blenders and organically milled heirloom cornmeal porridge (ahem, guilty as charged). Yet what better time to celebrate meals that don’t weigh heavily on our wallets than in the hours after our annual reckoning with the IRS? From the world’s cheapest protein (eggs, crispy, scrambled, smashed and omelet-ed with potatoes), to the most humble (beans, in soup, in curries, stews and chilis) to inexpensive cuts of meat, cooked and stretched forever (in tacos, over orzo, Jewish-style or in the heartiest of soups), most of the time when we’re talking about budget cooking, we’re talking, understandably, about dinner. But one cannot survive on stews and slops alone or at least one should not be expected to in the third trimester; somewhere it is written, or at least it is now. 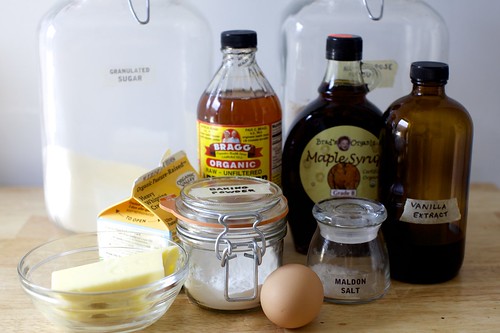 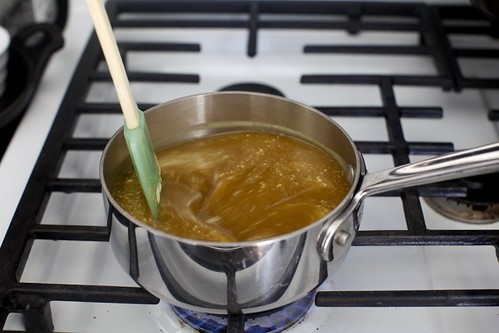 I first came across pudding chômeur, or “unemployed person’s pudding,” one of the most popular traditional Québecois deserts, a few years ago and was intrigued. Like most classic desserts, there’s a story to go along with it, and it is said that it was created during the Great Depression as a comfort food by female factory workers with the kinds of ingredients that could still be found on the cheap — butter, cream and at the time, brown sugar although maple syrup has since become the standard. (Alas, less budget-minded here, but we’re going to run with it anyway.) A biscuit-like cake is dolloped into a veritable lake of maple syrup caramel, then covered with sauce, and baked in the oven until the cake puffs and drowns a little in this sticky mess, and it’s all exceedingly sweet and wonderful, especially with a dollop of tangy crème fraîche at the end to pierce through the sugar assault. 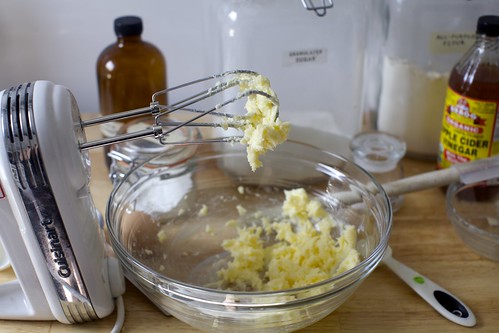 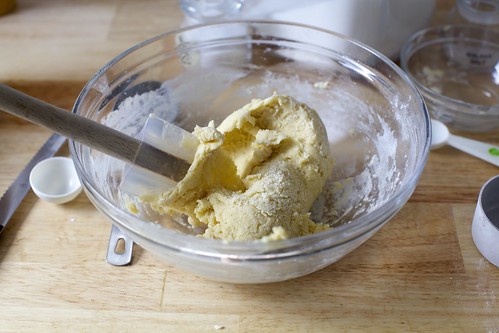 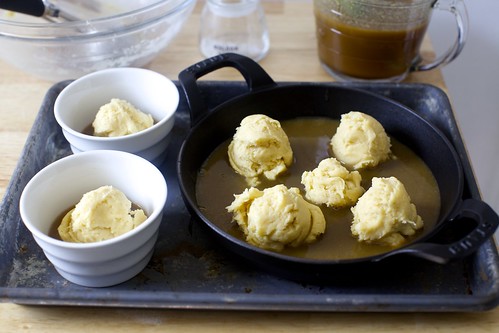 So where does this fit into your life? I mean, at least according to my Google Analytics, only a handful of you are in Montreal, it is not the Depression, and unless you have a sugaring operation in your backyard (jealous!), you’re likely paying a pretty penny for maple syrup where you live. But it would be a shame if you missed out, despite all of this. Think of this instead like drop biscuit sticky buns, Canadian-style, or even a biscuit bread pudding, an indulgent weekend treat for your sweet tooth. It’s ridiculously simple to make, so you can sleep in all you wish and not miss out on a thing. 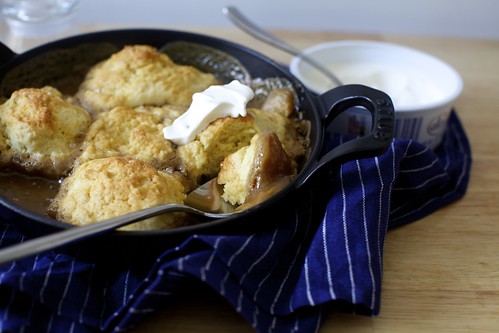 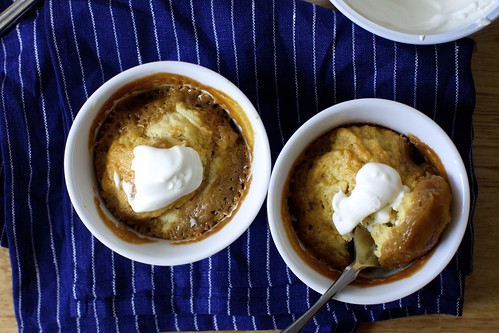 And for the other side of the world:
Six Months Ago: Carrot Cake with Cider and Olive Oil
1.5 Years Ago: Lazy Pizza Dough + Favorite Margherita Pizza
2.5 Years Ago: Cumin Seed Roasted Cauliflower with Yogurt
3.5 Years Ago: Apple Mosaic Tart with Salted Caramel

So, here is where I confess that I wimped out a bit when making this. I was scared of how sweet it would be, which is really no way to march into a Pudding Chômeur project! Regardless, I removed all but the smallest amount of sugar from the biscuits/cakes themselves, because I knew that even if the dough seems a bit salty, it would provide an excellent contrast to the syrup above and below. And then, well, I nearly halved the sauce, and believe me, we didn’t miss the extra at all. (But, of course, this is a warning to you if you grew up on the traditional version that you might want to bump it back up a little.)

Heat oven to 350°F (175°C). In a medium saucepan, combine syrup, cream, cider vinegar and a pinch or two of salt and bring to a boil. Reduce to a simmer and cook for 5 minutes, stirring occasionally. It may look a tad curdled at first from the vinegar, but it will all cook smoothly in the end. Set aside while you prepare the cake dough.

In a large bowl, beat butter and sugar until fluffy. Add egg and vanilla and beat until combined, scraping down bowl. Sift flour, baking powder and salt directly into butter-egg mixture, then fold together with a spatula. Batter will be very thick.

Divide 2/3 maple syrup sauce into 6 individual baking dishes, or ramekins, or pour it into 1 9-inch round skillet or cake pan, or 8-inch square cake pan. Divide cake dough into 6 mounds and drop one of each into each ramekin, or spread them out in larger dish. Pour remaining syrup sauce over and bake until the cakes are firm and golden, about 25 to 30 minutes.