Welcome to the 1000th recipe on smittenkitchen.com. One. Thou. Sandth. Didn’t I just start this thing? Wasn’t it only supposed to last six months? How did we let things get so out of hand? Wait, do I finally have an answer to the ever-present question “What do you do all day?” that’s not “Read The Awl and try to figure out what it means that most of my life goals look like this?” Hm, probably not. 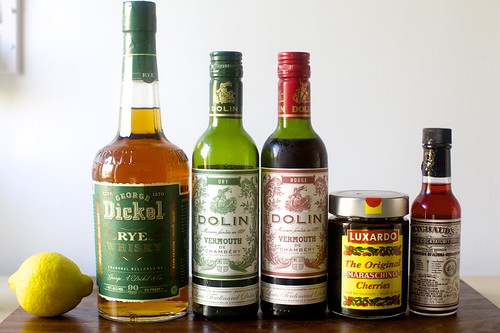 Instead I’d like to talk about the Perfect Manhattan, which, to me, is currently the most glaring oversight — yes, yes, except the Russian Napoleon and/or Coconut Cream Pie, I got your email and they’re going to happen this winter or you should definitely fire me already — in the archives right now. 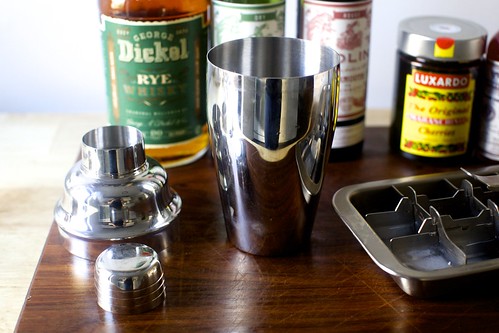 It’s my suddenly-cooler-outside favorite cocktail, introduced to me by this guy I met at a bar my husband shortly after we began dating. I, in turn, introduced him to this Austrian restaurant I had a thing for in the West Village and while waiting for a table 12 years ago, we ordered a Manhattan and the bartender asked if we’d like it “perfect.” ‘No, I’d like it flawed?’ I thought, because I wasn’t then and am now not as funny as I’d like to think. But he explained to us that a classic Manhattan was made with sweet vermouth and a perfect Manhattan is made with part sweet and part dry vermouth and we said “sure why not” and there’s never been another Manhattan for us since. It’s not sweet but balanced. You take a sip and it surprises you, you have to shut up and pause the constant churning in your brain for a moment. And as quickly as we became obsessed, it began to feel as elusive as, well, anything self-described as ideal should be. 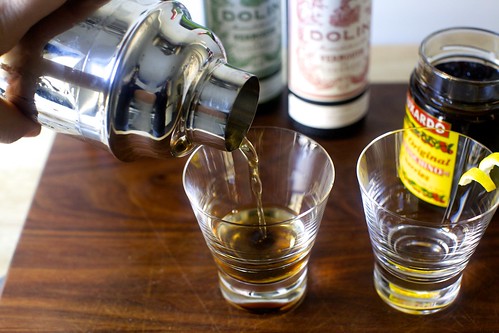 There was the fact that for at least 6 years, we never found another bartender who knew how to make it without instruction, which made us those terrible people at the bar telling the bartender how to do his/her job. (Thank you, whiskey trend, for fixing this great problem of our time.) There have been the endless, unforgivable variations on Manhattans we’ve politely endured (the Bronx! the… No.)* instead because nobody can leave a good thing alone. There are memories, like the night my cookbook came out, the launch party understandably cancelled as Hurricane Sandy skittered along the coast of NYC; we saw an explosion over in the direction of the ConEd plant, the lights went off and we decided to not be freaked out and made Manhattans by flashlight. And there was the time that I arrived at Labor & Delivery with a stack of magazines because I heard that inductions could be a little dull until they are suddenly the very opposite of dull and wearily cracked open Martha Stewart Living only to be taunted with this picture, as if there was a contest for “what is the very opposite of your life right now?” and this was the winning entry. I can still feel the longing. 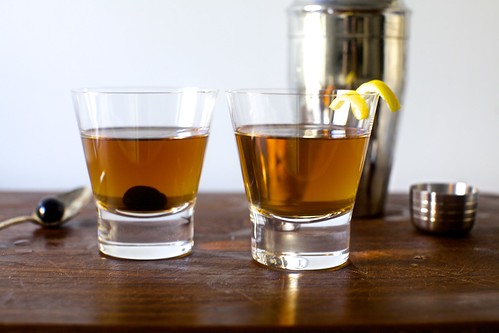 In a way, it mimics our weird messy relationship with Manhattan itself, a place we’ve been talking about leaving almost since we arrived. This is where you say, “I thought you lived in Brooklyn,” and of course you did, we have children, we eat kale, we have every Gerald and Piggy book, our people are across the river. Every year we decide to move and every year, we never do and it’s almost like we haven’t realized we rather like it here, here being the place where I almost never have a subway card because pretty much everything is walkable and I have a perfect grocery store a block away and the best Greenmarket in the country four blocks beyond that, right downstairs from my late grandfather’s one-time dental office (and from what we hear, the source of this ginger’s ginger), 56 blocks down from my parents’ first apartment, five blocks from mine and good god, maybe this is just our home, you know? Maybe it doesn’t have to be perfect, just perfect for us.

* Although I am keenly interested in the actual traditional cocktails named after the other four boroughs. Perhaps this should be our next course of “study.” 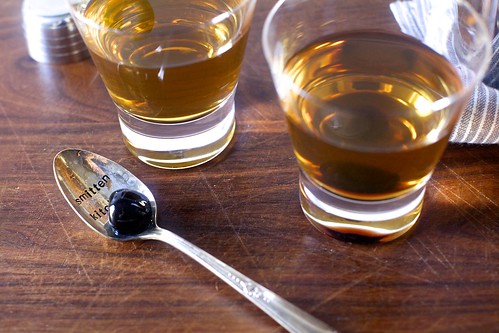 12 Most Popular Sweet Recipes to Date

12 Most Popular Savory Recipes to Date

I’ve always been a little suspicious of the stories that surround old recipes; they often read too orchestrated, too twee — “the pie was dropped on the floor and voila! A tarte tatin was born!” etc. — to ring authentic. The Manhattan cocktail is no different. One disputed theory holds that the drink originated at the Manhattan Club in New York City in the 1870s, where it was created for a banquet that involved everyone from Winton Churchill’s mom to a failed presidential candidate that was so successful, everyone wanted the drink too. Another, also disputed, argues that it was invented by a bartender named Black in the 1860s. I’m far more enchanted to have read about a North Frisian island named Föhr where the Manhattan cocktail is said to be popular — apparently many people there immigrated to Manhattan and back again at one point, taking the drink with them — mostly because they apparently make it just the way we like it: a little dry. Is it true? As my research has been inconclusive, as soon as I hit publish on this post, I’m going to get on my boat and find out.

Add rye, vermouths and bitters to a cocktail shaker with ice and stir (if you want to be uber-traditional about it) or shake them together. Strain ice as you pour into a rocks or martini glass, or pour ice and drink into a tumbler. Garnish and enjoy slowly because this is bonkers potent.

Rye vs. bourbon and other whiskeys from a non-expert, i.e. corrections welcome: American rye whiskey must be distilled from at least 51% rye, but rye does not, by definition, have to be made in America. Canada produces a lot of rye whiskey, but by their own regulations. Bourbon must be distilled from at least 51% corn. It must be made in America and is most often made in Kentucky. Tennessee whiskey, basically bourbon whiskey from Tennessee, uses something called the Lincoln County Process in which whiskey, after it is distilled, is filtered through sugar-maple charcoal, making it amazing. American rye tends to be more dry and spicy than bourbon, which is fuller in body with a vanilla/caramel vibe. Rye is more traditional in the Manhattan cocktail, largely because Manhattan was a rye town when the drink was hatched in the late 1800s. How did I do?

Angostura vs. peychauds vs. orange bitters: Angostura, traditional for the Manhattan, is made from a secret recipe, and is quite aromatic. Peychauds, slightly spicier and more sweet, is a great second choice (and what I used instead). Orange bitters are not traditional, but I think taste great in an Manhattan, although giving it more of an old-fashioned vibe.