After carving your Thanksgiving turkey, SAVE THE BONES! The bones from the body of the turkey make an excellent base for Vietnamese Turkey Pho.  I’ll show you my favorite shortcut, which produces a rich, savory turkey pho broth in a fraction of the time. 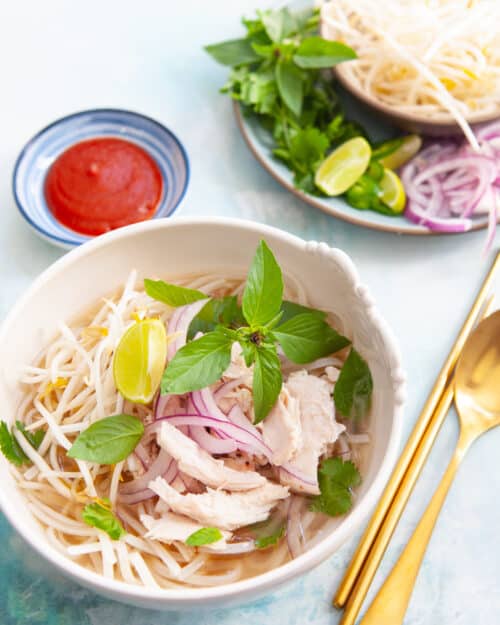 The result? A delicious, mouthwatering broth that has all of the flavors you worked so hard to get in that roasted turkey. (Don’t have roasted turkey bones on hand? No worries — just use chicken stock instead!) 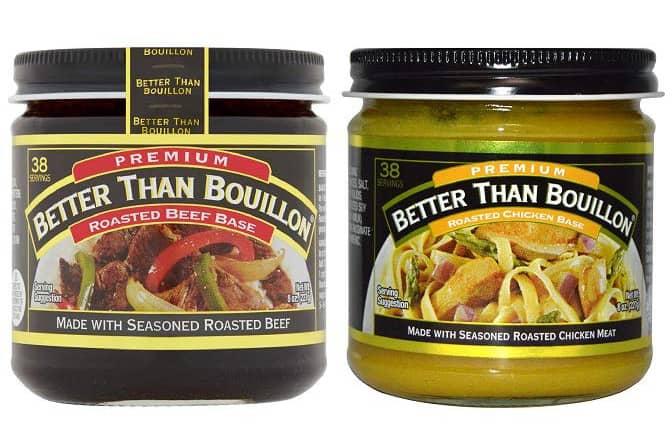 Starting with leftover turkey bones will not give you as much flavor as starting with fresh, uncooked bones. While you still achieve amazing flavor, we add a little shortcut to get an even more rich, savory broth: a combination of beef and chicken base.

This base, which is a highly concentrated broth in paste form, provides a huge punch of flavor for the broth. It’s much more flavorful than bouillon cubes, and a container will last you far longer than quick-to-spoil boxed broth.

Win-win! For this pho recipe, I use a combination of roasted chicken and roasted beef base from Better Than Bouillon.

Spices and Herbs for Pho Broth

My guideline for spices and herbs is to use what you can find. I grew up in North Platte, Nebraska, and the nearest Asian market was a couple hours away. We made do with what we had!

For our Vietnamese Turkey Pho, you can use any combination of the above. In fact, if you’d like to use a packet of Pho Spices that’s traditionally meant for Beef Pho, that’s perfectly fine too.

These spice packets come with a little mesh bag that makes it convenient to remove the spices after cooking. Using the spice packet will make your Turkey Pho stock more intense, more flavorful (more like beef pho flavor).

For the Turkey Pho, we like the combination of the flavors between chicken and beef. So, our choice of spices reflected that.

Here’s what you need to make turkey pho stock:

To make the turkey pho stock, place the roasted turkey bones, broth base, ginger, garlic, cinnamon, star anise into a large stockpot and fill with 2 ½ quarts of water. Bring to a boil and reduce heat, simmer for 30 minutes. Using a strainer, remove all the solids and discard. Stir in the fish sauce and sugar. Taste the broth. If it tastes bland, add a little more fish sauce.

This recipe calls for cooking in a large stock pot, but if you’re one of the lucky ones who has an electric pressure cooker, this is your time to shine! Simply add all of the ingredients to the pressure cooker, add two quarts of water, and cook on high for ten minutes. Voila! 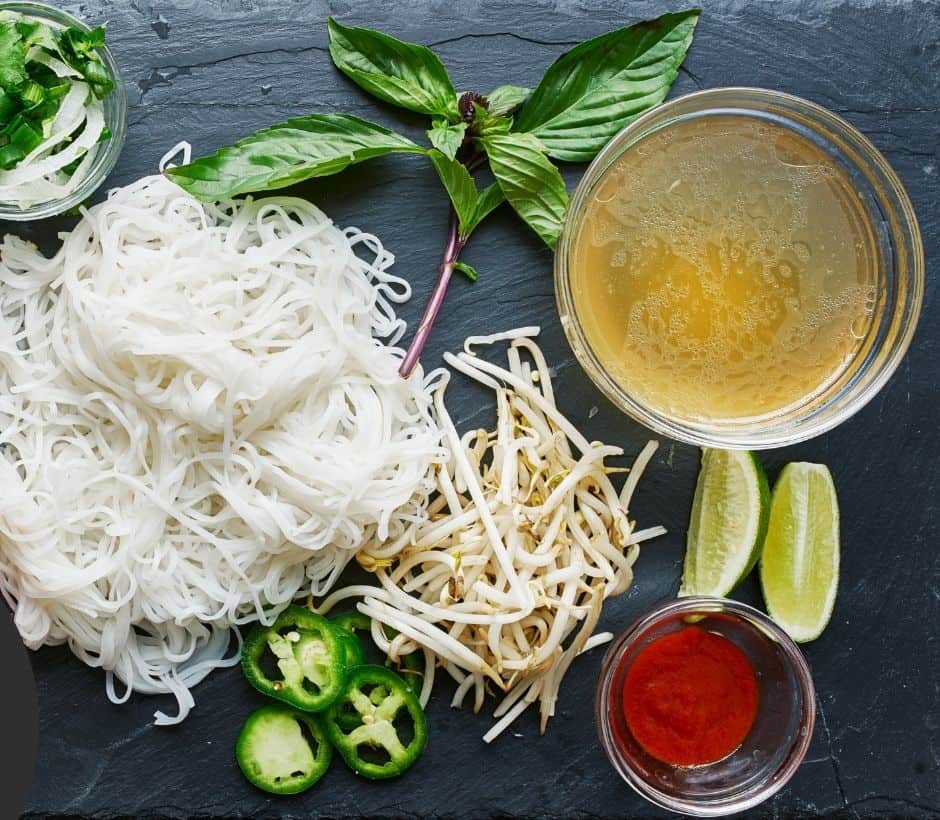 Other Ingredients for the Vietnamese Turkey Pho Recipe

First, grab all of the ingredients to assemble your pho bowls.

Cook the rice noodles correctly according to their packaging directions in their own pot, then toss with a tiny bit of cooking oil so they don’t clump up. Grab your finished broth, then let’s get eating!

To assemble your pho bowls, return the pho broth to a boil, then turn off the heat. Set out four large bowls, and add some noodles, and turkey slices to each one. Ladle broth over the bowls, then let everyone customize their own pho with the veggies and herbs at the table. 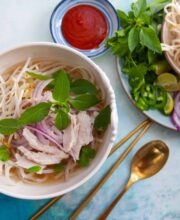 For the Shortcut Pho Broth

If you have an electric pressure cooker, this is the time to use it! Place all broth ingredients in the pressure cooker with 2 quarts of water. Pressure cook on high for 10 minutes.