One of my favorite things — although, honestly, it’s not easy to choose — we ate in Portugal was small clams cooked in a garlic wine sauce, usually with cilantro and always only eaten with bread, which I learned when we went to one of those* restaurants on the beach one night where you pick your dinner from what’s been caught that day and everyone is a little vague about preparations because they assume you already know. “How are the clams prepared?” “What do you mean? Steamed!” “And they’re served with…?” “Well, in Portugal, we eat clams with bread, only bread. Would you like something else?” And so it was. 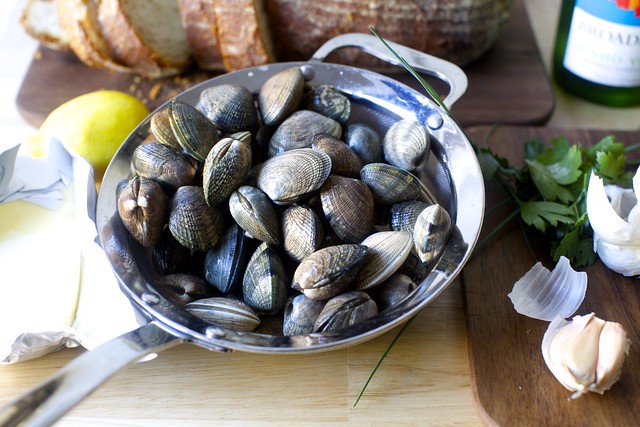 The dish, called Amêijoas à Bulhão Pato, is named after the 19th century Lisbon poet Bulhão Pato, who was known to be a gourmand. It’s usually a first course. And, no, this isn’t officially it — unable to follow the simplest directions, I replaced the olive oil with butter, threw in some shallots, used parsley instead of cilantro because I killed my cilantro already and added red pepper flakes. But we did eat it with bread. And more of the wine (I mean, the bottle was now open so we were basically obligated) and intentionally or not, managed to unlock my new favorite date night dinner, even if you are sharing your table with little people disinterested in wine-steamed clams. 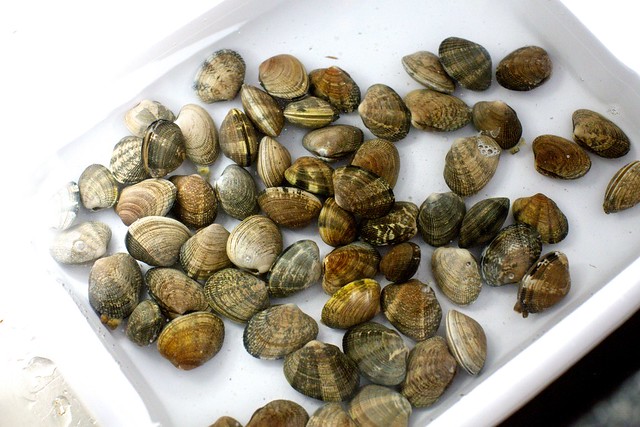 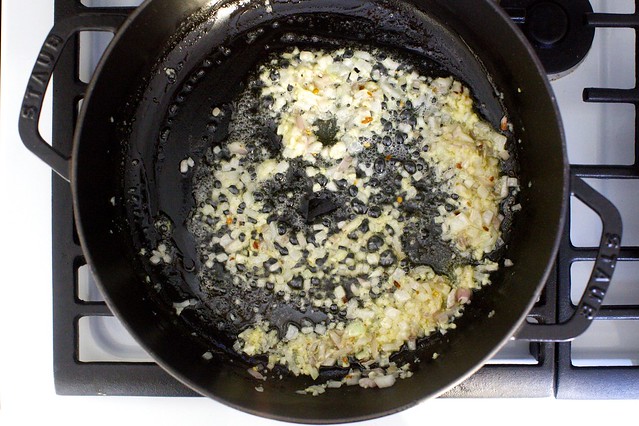 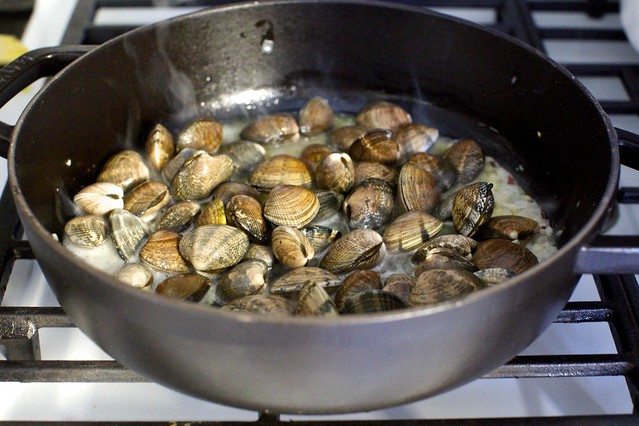 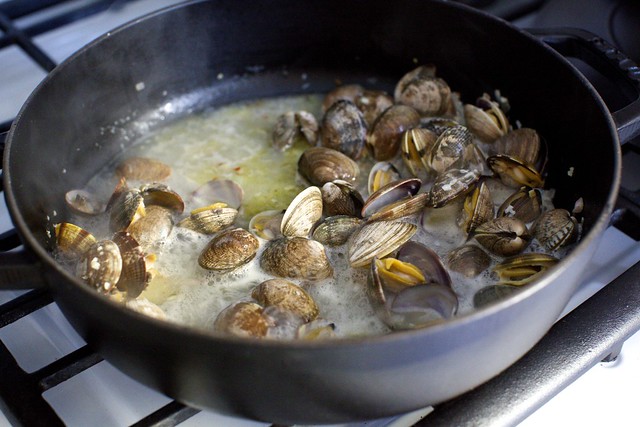 Wait, hear me out. Once your clams are clean, this is a 7-minute meal. You get to eat garlic, wine and butter steamed tiny sweet clams over grilled bread with a fistful of fresh herbs and little tumbler wine on the side and it feels like you should be in a restaurant overlooking a beach sunset somewhere and not your junior four in the East Village with a view of the guy who yells at the trash can all day. I know I claim to be wildly opposed to cooking separate meals for the younger and older components of your family (I am! I am!) but if one was ever to make an exception, to just make them the tortellini or fish sticks or grilled chicken and broccoli they’d rather have anyway, I vote for this, something that feels indulgent and luxurious despite being light and quick. And I vote for you to make these tonight. 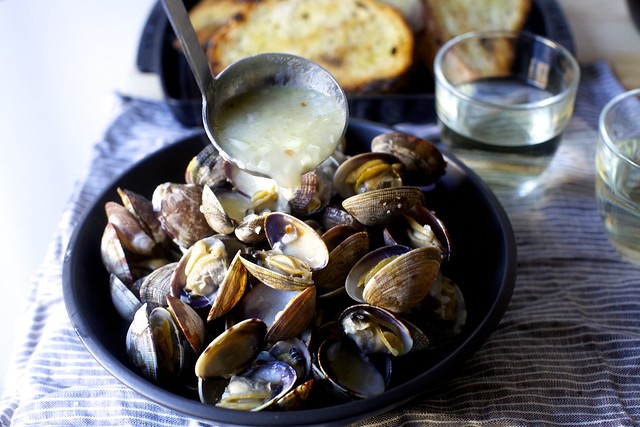 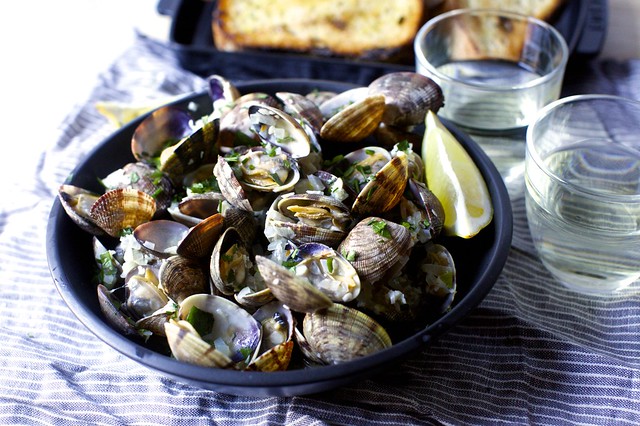 And for the other side of the world:
Six Months Ago: Apricot Hazelnut Brown Butter Hamantaschen
1.5 Years Ago: The Consolation Prize (A Mocktail)
2.5 Years Ago: Sizzling Chicken Fajitas
3.5 Years Ago: Chocolate Hazelnut Macaroon Torte
4.5 Years Ago: Carrot Cake Pancakes

If you think your clams may not be clean, wash them first: Fill a large bowl with cool tap water and place the clams in it. Let them soak for 20 minutes during which they’ll expel any sand and grit.

Lightly scrub your clams. Discard any with chipped shells.

In a large saute pan with a lid, melt butter and add garlic, shallots, salt and pepper flakes. Cook for 1 to 2 minutes over medium-high. Add wine — and as soon as it simmers, add all the clams and cover with a lid. In three minutes, almost all should be wide open; discard any that do not open. Transfer to a bowl and ladle cooking liquid over. Scatter with herbs and serve with grilled bread and lemon.