If I had a superpower, it would be rationalizing. Did you find a pair of boots that you love but they’re wildly expensive? Text me and I will tell you about the only time in my life I have splurged on boots and how lovely they are. Were you having a nostalgic conversation with a friend about boxed macaroni and cheese and now you’re craving it? I say you’re basically obligated to reunite with it once in a while as an adult for, like, reassessment. But that’s my base level of rationalizing; what I did last weekend was Olympic. 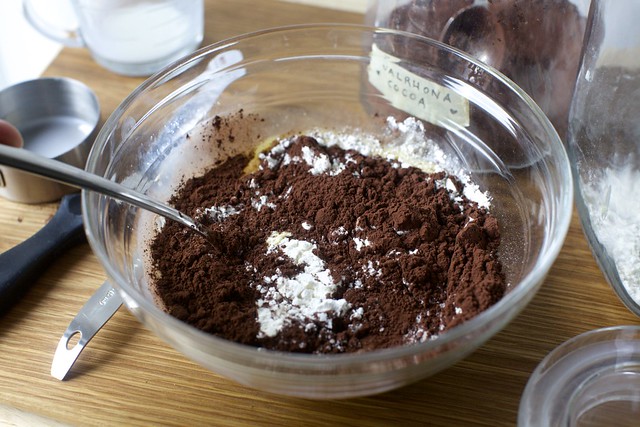 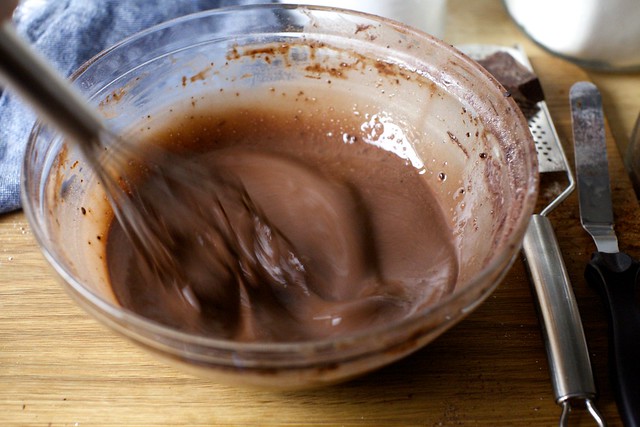 Despite the story the archives will tell you, I only make those ladle and flip (and flip and repeat until you’re not even sure you want pancakes anymore) style of flapjacks once in a while. I’m just not that ambitious/functional at the hours in which my kids insist I should be awake. When the urge, guilt, whatever, strikes to be that cool parent who makes pancakes on the weekends and not just to Instagram it, more often than not I make a big dutch baby instead — you know, those loupy, bronzed, crepe-like pancake showoffs. You almost definitely already have the ingredients on hand, you can whisk the ingredients with a fork and all the magic happens hands-off, in the oven — it’s win-win. 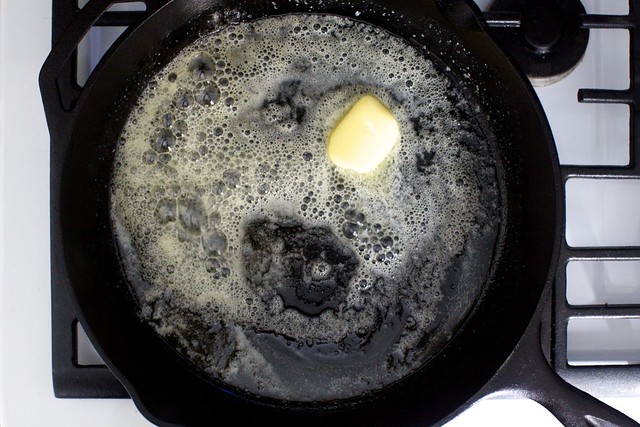 This past weekend, however, I decide what we really needed in our lives were dark chocolate dutch babies and that (here we go) they were actually probably better for us anyway. I mean, did you know that cocoa powder I swapped out some of the all-purpose flour for has way more protein and fiber than flour? And fewer carbs? No gluten either, oh, and don’t get me started on magnesium, guys. Cocoa powder kills at magnesium. Chocolate is basically a vitamin. 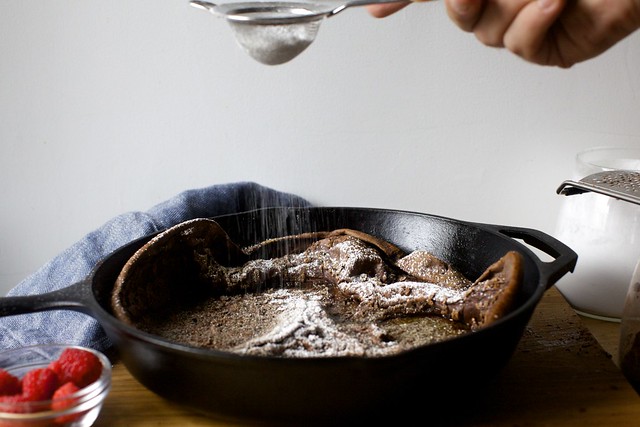 I mean, sure, you don’t have to then coat it with shaved dark chocolate (iron!), fresh berries (Vitamin C!) and a puff of powdered sugar (yeah…), but you should. You’ll probably also want a drizzle of syrup because these are almost unsweetened. And you’ll probably need to repeat this every weekend for a while because it’s basic breakfast math that chocolate pancakes > pancakes without chocolate. 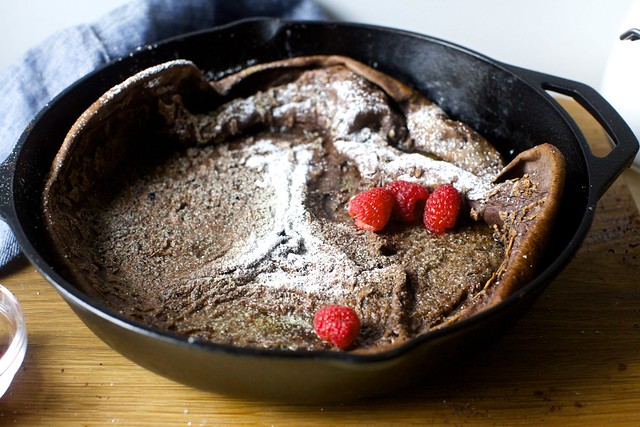 And for the other side of the world:
Six Months Ago: Blackberry Cheesecake Galette
1.5 Years Ago: Look What Else We Baked! 🙂
2.5 Years Ago: Brownie Ice Cream Sandwiches and Easiest Fridge Dill Pickles
3.5 Years Ago: One-Pan Farro with Tomatoes and Hot Fudge Sundae Cake
4.5 Years Ago: Bacon Corn Hash

A few things I learned making this pancake four different times (woe is us):

You cannot skimp on the butter. I know it seems ludicrous to use 4 tablespoons (2 ounces) of butter to make one very large pancake, I get it. It even looks like too much. But here, let the Queen of Rationalizing explain it: Most pancake recipes have a few tablespoons of melted butter in the batter plus a few more tablespoons required for frying. This only has it in the pan. And it’s essential because whenever I’ve tried to use less, the pancake sticks in a spot and doesn’t get those glorious rumples (see here). The pancake needs to be able slip along the surface of the pan to do its pretty thing. If you have a nonstick frying pan that’s oven-safe at 425 degrees F, you can probably get away with less; otherwise, just go with it.

An eggier batter made a more dramatic pancake: I most often made big dutch baby pancakes in the David Eyre’s style, 2 eggs in a 12-inch frying pan. But they’re only billowy about 2/3 of the time (see here). When I referred back to the recipe I grew up with, I realized I always used to use more in a big pan, and sure enough, 4 eggs made a much more dramatic, and reliably dramatic, pancake than 2, and was more filling too. Using a little less milk and a little less flour also increased the pouf.

Finally, dutch baby-style pancakes will always partially fall right in the minute after leaving the oven so if you want people to ooh and ah over it, have them stand by the oven when the timer rings.

You can use this recipe to make 1 big 12-inch pancake or 2 smaller 9-inch pancakes. I haven’t used it to make 4 6-inch pancakes, but I have a feeling I will in the near future.

Whisk eggs, sugar and salt in the bottom of a medium bowl. Add flour and cocoa, whisking until mostly smooth (some tiny lumps are okay, but whisk out what you can). Drizzle in milk, whisking the whole time.

Heat a 12-inch ovenproof skillet on the stove over high heat. Add butter and melt, tipping the pan around so it butters the sides too. Turn heat off and scrape batter into pan. Transfer skillet to oven and bake for 16 to 18 minutes, until pancake is billowy.

Remove from oven and grate chocolate over, to taste. Dust generously with powdered sugar. Cut in halves or quarters and eat with berries and syrup, if desired.