Sara Jenkins is famous for making the Italian roasted pork street food known as porchetta trendy in New York. She’s also known for her way with pasta (and has a new book out with her famed food writer mom celebrating it). She’s had turns at a handful of great Italian restaurants in New York, earning them stars and accolades and has written at length for The Atlantic about Italian food. And almost all I ever want to talk about here? Her salads. 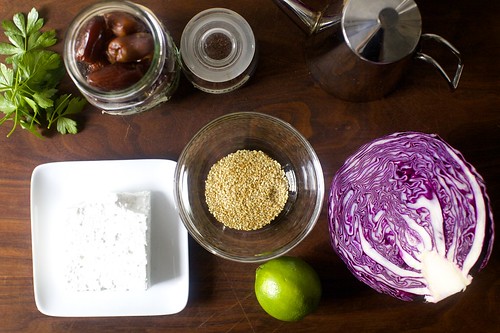 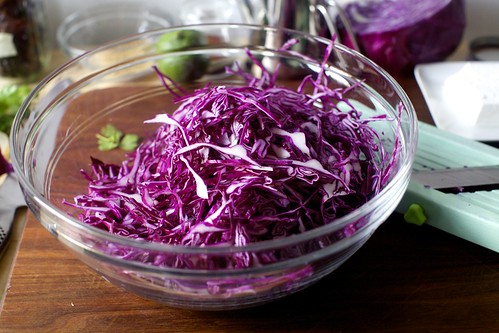 I can’t help it — they’re riveting, and while I will forever love roasted pork and pasta, in my life, nothing fills the inspiration deficit that accumulates from the daily repetition of cooking that real life requires like chefs that have a way with vegetables — ways we can take back home and eat food we’re more excited about. It began the first time we went to Porsena nearly 5 years ago, when I fell in love with a green bean salad busy with pickled onions, fried almonds, thinly sliced fennel and celery, which I’m of the opinion never gets enough praise. Crunchy and bright, I became obsessed and made it again and again at home. Last week, we were back for an early Sunday night dinner with our menagerie of mini-humans (fine, just two, but it feels like a lot!) and the giant shells with kale pesto were excellent, my son’s thousand-layer deeply broiled duck lasagna was otherworldly, my husband has nothing but good things to say about the linguine with clams, but the only thing I spent the next week babbling on about was the salad I had with dates, feta and radicchio. 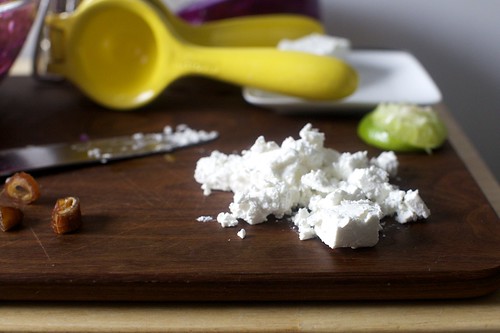 I also spent the next week telling myself it was too basic, too boring to warrant mention, which is kind of a shame when these simple ingredients that I already had in the kitchen are so spectacularly good together, the perfect balancing act of sweet and salty on crunchy salad. At the restaurant, they use an heirloom radicchio with tender pink leaves that is absolutely nothing like the bitter-as-lemon-peel heads we get at the store, so I replaced it with red cabbage, which is cheap, hearty and holds up well if you’re trying to plan ahead for that big holiday this month. Everything else was guesswork: I detected a lot of olive oil, a bit of lime juice and Aleppo pepper at the restaurant, but couldn’t resist adding two more things at home, very well toasted sesame seeds and a handful of parsley to finish. You could add even more stuff, I don’t think thinly shaved red onion, a splash of pomegranate molasses or even chickpeas would be unwelcome here, but the good news is that you don’t need them to make a really gorgeous November salad that I’m angling to put on the Thanksgiving table this year, and uh, in my belly at lunchtime today. 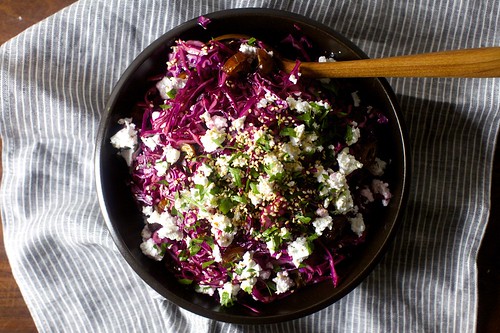 And for the other side of the world:
Six Months Ago: Mushrooms and Greens with Toast
1.5 Years Ago: Strawberry Rhubarb Crisp Bars
2.5 Years Ago: Japanese Vegetable Pancakes
3.5 Years Ago: Warm, Crisp and A Little Melty Salad Croutons
4.5 Years Ago: Leek Toasts with Blue Cheese

If you don’t like your cabbage too crunchy, dressing it as directed and letting it rest in the salad bowl for a while before adding the other ingredients will soften and wilt it a bit.

Toss cabbage with olive oil and first tablespoons of lime juice, plus salt and pepper, coating leaves evenly. Taste and add more lime juice, salt and pepper to taste. I do this a few times, making sure I really get this base well seasoned because it will be hard to do it as well later.

Toss dressed cabbage gently with half of dates and feta. Sprinkle with remaining dates, then feta, then parsley and sesame seeds. Dig in.

Do ahead: The whole salad can sit assembled for at least an hour, if not longer in the fridge. Mine is going strong on the second day. You can also prepare the parts separately (feta, chopped dates, sliced cabbage) to assemble right before serving, if you’re planning ahead for Thanksgiving or a dinner party.